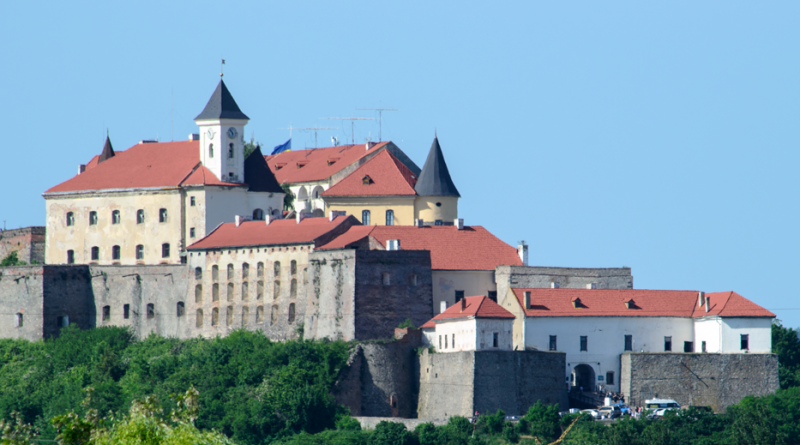 Hundreds of travelers in the cozy and picturesque town of Mukachevo, meets a beautiful castle Palanok.
He stands motionless for ages on a mountaintop, like a guard on duty.
Comfortably situated castle on a mountain height of 68 m, the origin of the many surprises the mountain itself.
And not for nothing, build a mountain is not easy, of volcanic origin.

The exact date of the castle grounds, one of the mysteries that no one was able to solve today.
It is known that in the period from 1396 on 1414g Palanok Castle belonged to Prince Fyodor Koriatovych, many know him as the founder of the castle Kamenetz-Podolsk.
Prince skilfully approached the strengthening of the castle, he was able to create an impregnable fortress,
which in the history of no one was able to subdue.
Fyodor thought out every detail, it significantly increased the size of the lock, firmly reinforced, ordered to cut down the well.
To provide drinking water to the castle, for the prince was a real challenge.
Long and hard work was done, many workers died from volcanic gases, and only at a depth of 85 meters appeared carved into the well water.

The castle often changed the owner, and each new owner make changes to strengthen, restructure.
The castle has happened many historical moments, the heroes of their time lived here, their actions and heroism remembered until today.
One of the heroes of the castle became a charming woman Ilona Zrinyi, she held the defense of the castle during the siege of the Austrian army 27 months.
Faced with the betrayal garnizonskogo clerk that poisoned the water in the pit, Princess signed the instrument of surrender.
About this defense retold many legends where courage fragile woman admired experienced governor.
Even the Turkish Sultan Mehmed IV beat fascinated brave princess, he was awarded the award Ilona vyshey “Atman” is such an honor had the only woman in the history of Turkey.

Legend of the castle Palanok:

Prince ordered to dig a well in the courtyard of the castle.
Long and painfully dug wells, but the water did not beat him.
Media workers were rumors about the curse of the castle, many refused to work.
Out in the yard at night, Prince, wandering thoughtfully checking their rascherti, he heard a voice from the well “bag of gold for the water.”
Agreed Prince!
In the morning, there was the well water, kept his word unclean thought Prince.
Throw Fedor to the well a small bag with a coin and said, “about the size of the bag, we did not agree”

Deceived unclean and noisy today at the bottom of the well, is outraged …

Interesting facts about the castle Palanok

Well the castle “Palanok” you know the deepest well of Zakarpattya.
Its depth of 85 meters. 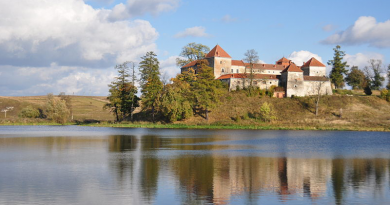