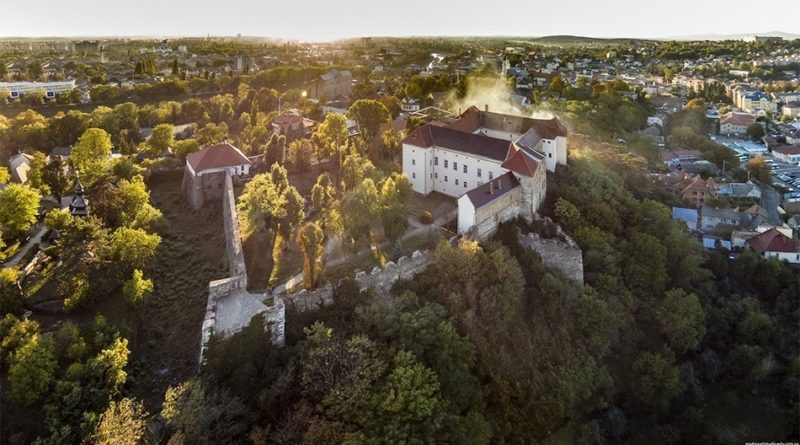 As the millennium history has shown, the Transcarpathian region has experienced many tragic moments.
This beautiful corner of our land, despite the fact that it was trampled on by the Mongol-Tatar warriors, the Austro-Hungarian and Russian armies, ruined fascism, destroyed cultural values and the population. Radyansky power, the region retained its uniqueness and traditions.
And though in the memory of the local people there were bitter memories of the past history, people continue to live and striving for the better.

Once, among the beautiful mountains, 14 imposing castles rose majestically to the skies.
Today, unfortunately, most of them are scattered with ruins, leaving a story behind.
Tradition and unique local culture are brightly displayed in every stone of the oldest but cozy city of Uzhgorod, and on its castle mountain, to this day, many secrets and legends are kept.
The lock about which will be discussed, it was possible to overcome difficult tests for the centuries.
Its walls, once again, proved their greatness and inaccessibility, overcoming even time.
He resisted retaining his face for the younger generation as a reminder of old times, brave heroes, tragedies and victories.
They know it as the Uzhgorod Castle, which is rightly considered the most popular landmark of the Transcarpathian region and the oldest castle in Ukraine.

As the undeniable historical facts say, the first mention of the stronghold dates back to the 9th century. This theory is also confirmed by archaeological excavations, thanks to which it became known that on the site of the modern Uzhgorod castle until the described in the chronicles of the Magyar invasion there was a well fortified settlement.
This settlement, according to historians, belonged to the Slavic prince Labots, a native of the tribe of white Croats. During this period, trade and crafts actively developed here, gradually turning the local land into a beautiful city.
But, as it became known from the Russian Annals of Nestor in 898, the Magyars attacked the rich lands of the principality of Labortz. The fearless and brave people began to defend their lands.
As a result, the Magyar horde, which in times exceeded the military forces of the prince, won Uzhgorod, and the wooden stronghold burned at that time.
According to historical sources, Laborts was hanged by the river Svirzhava.
Perhaps worth noting that there is unconfirmed information, which says that in the unequal battle for Uzhgorod, the Magyar leader Almosh was also killed, he was buried in the fortress – Zemplinski hill fort, which he managed to conquer in his lifetime. That’s the kind of justice she “who came with the sword, that will perish by the sword.”

At the end of Х the beginning of ХІ centuries, a new stage of history began on Transcarpathian lands.
Plain territory of the province passed under the control of the Hungarian kingdom, in a wonderful and cozy city of Uzhhorod on the place of the burnt stronghold a stone fortress is being erected.
As evidenced by historical data, it was a well-fortified defensive structure that withstood the siege of the Polovtsian horde of Khan Kuteska in 1086.
As soon as the Tatar invasions were successfully repelled, new stone castles of military purpose began to be built throughout the territory of Transcarpathia and to strengthen existing ones.

In the XIV century, when influential and very wealthy brothers from the Druget family helped to retain power to King Charles Robert, in turn, he gave them the Uzhgorod Castle and the surrounding lands as a token of gratitude. As a result, the structure was radically reconstructed, it was reliably strengthened taking into account the appearance of firearms.
Bili built very powerful walls, at each corner around the perimeter rose bastions 15 meters high, and at their apex were guns that protected the approach to the castle. The thickness of the external walls reached 3 meters, and the height of 10 meters.
In total, the castle has the shape of an irregular 4-gon.
From the 3 sides of the structure, surrounded by a 10 m high ditch, through which a bridge was built. Until now, part of the chain guard has been preserved, thanks to which the bridge was raised. 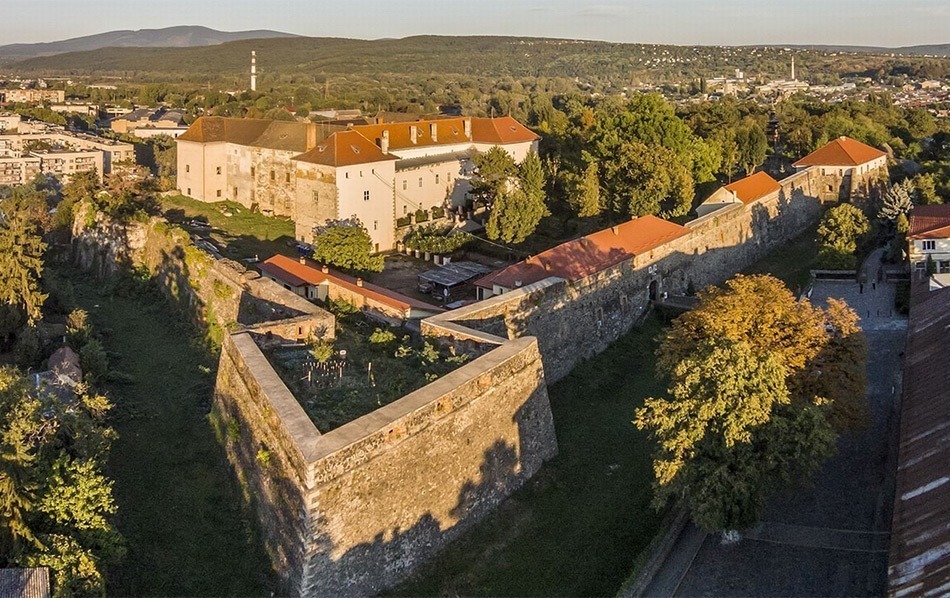 Today, on the main facade of the castle, you can see the preserved part of the family coat of arms of Drugetov, which reminds the modern generation of the old times of the local region. His victories, tragedies and legendary personalities who contributed to our culture and tradition.

In the XVII century, the lineage of the Drugets, in the male line, began to die out.
The widow, the last of kin, married Count Miklos Bercheny.
In the aftermath, the Uzhgorod Castle and the surrounding lands pass into its possession.
The new owner is rebuilding the structure behind the plan of the French engineer Lemer.
At Miklos, the castle blossomed with unimaginable wealth.
His spacious rooms were decorated with paintings of famous masters, Persian carpets and skins of exotic animals, furniture from the rarest tree.
It is known that in only one office in Bercheny fun over 700 paintings.
In the castle worked as a court theater, an artist and even a pharmacy.
But, much to our regret Uzhgorod castle did not long break the cultural center of the local region.
In 1710, an excellent structure falls under confiscation, as Count Berchecheni was accused of preparing an uprising against the Austrian Habsburg dynasty, in collusion with Prince Ferenc Ragoci II. As a result, after a failure in preparing the plot, Bercheny and Rakoczy fled to Poland, where they struck there for 2 years. Then both aristocrats emigrated to Turkey where they lived out their days.
Virtually all of their possessions became the property of the Austrian kingdom.
Most of the confiscated property subsequently fell into the hands of the Schönborn.

Since 1947 in the Uzhgorod Castle there is a museum of local lore, which you can visit any day, except Monday.
The castle gate of the popular tourist site of Uzhhorod is open from 10 to 17 pm.
The entrance to the territory is paid, around 20 hryvnia.
If you wish, you can book an excursion, the service is paid separately (up to 100 hryvnia).

Visiting the Uzhgorod Castle, you can walk through the corridors of the palace, look into each of its rooms, view the meeting and very interesting expositions, stroll around the courtyard and the surrounding area, see the amazing garden, statues, the inner chapel and the ruins of St. George’s Church.

What can you see in Uzhgorod

1. The Uzhgorod Castle;
2. Museum in the open air. It is located on the right side immediately near the castle;
3. Botanical Garden (I. Olbrakhta Street, 6);
4. Lime Alley (Pushkin Square);
5. The Gorian Rotunda (Museum Lane, 6);
6. Orthodox Synagogue (Teatralnaya Square, 10);
7. Small Galagov, alley of the Sakur. 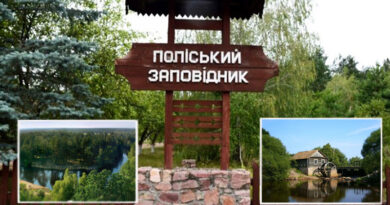 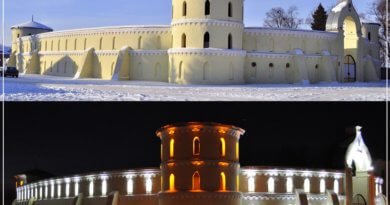 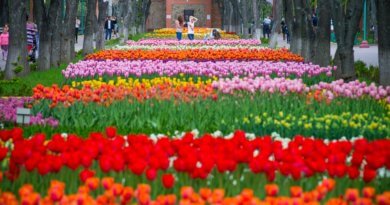