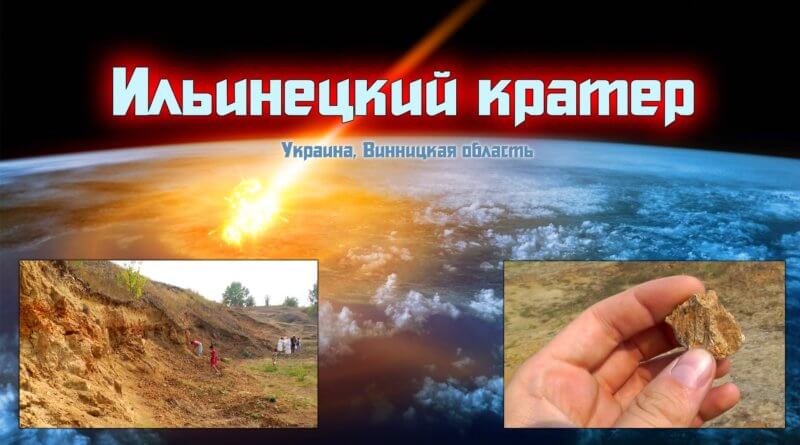 Many people know about the cozy city of Ilyinets, which is located in Vinnytsia region, even behind the chapels of Ukraine.
What caused such an interest in this region, you ask?
And the fact is that 400 million years ago, in this region a huge meteorite fell.
As a result of the collision of the cosmic body with the Earth, a crater of impressive dimensions, with a diameter of 7 km and a depth of 600-800 m,
It is difficult to attach a destructive force of impact, if the results of the collision are visible today.
The power of the explosion can be compared with a 120-megaton bomb.

Local prospectors in the crater’s crater found small deposits of diamonds.
The extraction of the precious stone did not last long, the deposits turned out to be very small.
By the way, it was here that the biggest agate in the world was found, which is unfortunately stored in the Berlin museum. Dimensions of the gigantic stone are 14.5x25x32 centimeters.

This unique place has repeatedly visited the teaching from all over the world.
In Vinnitsa, international conferences are very often held, where the problems of our planet, asteroids, meteorites are actively discussed.
With the development of tourism in Ukraine, the Ilyinetsky crater is very popular among tourists. People come here to admire the extraordinary beauty of the quarry, pick up the herbs for tea, find the space debris for their talisman.

Interesting facts about the Ilyinetsky crater:

1 . According to scientists, the meteorite that formed the Ilyinetsky crater had a mass of 40 million tons and a diameter of about 230-300 meters.

2. The Ilyinets crater is not the only crater of formations after the fall of the cosmic body on the territory of Ukraine; there are several of them. But Ilyinetsky crater is rightly considered the oldest crater of our country.

3. Meteorite crater of Ukraine:
The largest crater in Ukraine is Manevichesky, which is located in the Volyn region, the Crimea. Its diameter is 45 km, and the age is supposedly 65 million years.

Significantly smaller in size is the Boltyshsky crater, this is the Kirovograd region. The diameter of the crater reaches 24 km, by age 65 million years.

How not to mention the Obolonsky crater, which is located in the Poltava region.
It has a significant age of about 170 million years, a diameter of 20 km.

Ternovsky crater, which is located near Krivoy Rog, has a diameter of only 12 km, but its age is 280 million years. It is interesting that right in the crater there are population points and several active quarries.

The Belilovsky crater, reaching 6.2 km in diameter, is located in the Zhitomir region.
His age is 165 million years old.

The Rotmistrovsky crater was formed about 120 million years ago in the Cherkassy region.
The diameter of the crater is 2.7 km.

In the Kirovograd region there is a unique Zelenogai crater, which consists of two parts.
One has a diameter of 2.5 km, and the other only 800 m. Their age is about 80 million years.

4 In the Vinnytsia Planetarium, a 3-kilogram fragment of the Ilyinets meteorite is stored, it was estimated at 200 thousand dollars.

5 Local people collect different herbs for tea in the crater, they assure that the preparations have therapeutic properties.

6 According to scientists, the very core of the meteorite in the Ilinets crater lies at approximately 700-meter depth.

The largest agate in the world 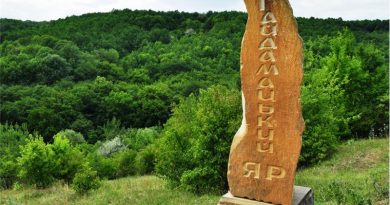 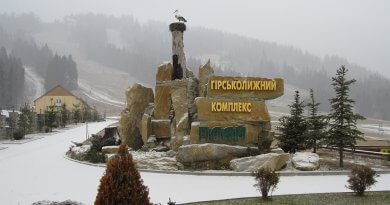