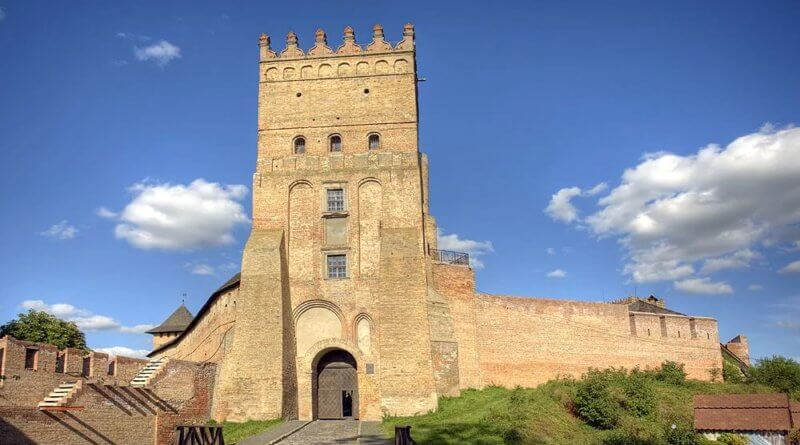 Lutsk Castle is a visiting card of the city of Lutsk and one of the most popular sights of the Volyn region.
All the year round thousands of tourists come here from different parts of Ukraine to take a walk around the castle and the surroundings of these places.
The walls of the stronghold proudly rise to heaven after centuries, recalling the old times of this land. After surviving quite a few in his lifetime, the castle was perfectly preserved, which can not please.
Naturally, restoration works were carried out on the territory of the complex, but most of the building did not require restoration.
Lutsk castle or its still called the castle of Lubart, is the only well-preserved castle on the territory of Ukraine during the Great Duchy of Lithuania.

Around the exact date of the founding of the castle is ongoing until today.
Someone calls the 14th century the date of the foundation of the structure, and the other 11th century.
Reliable information is lost in time, many questions simply do not have answers.
But no matter how it was, today we have what we have and everyone decides for himself what to believe.

Lutsk castle is relatively small, that would bypass the entire territory of the building will leave somewhere about 15 minutes, or maybe less.
Today, the interior of the castle area is almost empty, but before, there were a lot of economic buildings, a bell tower and a church .

The main symbol of the castle is rightly considered the Entrance tower, which rises majestically to heaven meeting guests.
Its height reaches 27 meters, from where the magnificent panorama to the surroundings opens.
It is interesting that originally the tower was not so high, it was constantly being completed adapting for more convenient observation and combat operations.
In total, the castle has three towers – Entrance, Styrovaya, Svidrigailova towers.

At one time the castle fulfilled the political, administrative and religious role of Volhynia.
Originally it was exploited as the residence of the Grand Duke of Lithuania, with time here
Was the castle chancery.
When the court functioned in the walls of the stronghold, and on the main square they were taken out for frequent death sentences by the prisoners, who were kept in the dark cellars of the castle.
For a long time here was the first Orthodox church in Volhynia, which unfortunately was partially preserved.
Its walls were decorated with plinths, they were used in the construction of religious objects in the period of Kievan Rus

Lutsk castle today
Today the castle is a popular tourist attraction of Ukraine, which anyone can visit.
Within the walls of the historical building are collected interesting museum exhibits of the XIII century.
There are very often held knight tournaments, festivals, conferences.

Interesting facts about Lutsk castle:
1 The castle built a long 40 years
2 Picture of the Entrance Tower of Lutsk Castle can be seen on a bill in 200 UAH
3 Castle fortress claimed the prestigious status of the Seven Wonders of Ukraine
4 According to one of the legends in the underground of the Lutsk castle there is the grave of Lyubert, who was the founder of the building.

After a wonderful week’s rest at Lake Svityaz (Shatskie lakes), it’s time to return home to everyday worries, but with wonderful impressions of the time spent here. On the way back we visited Lutsk Castle, then the famous Tunnel of Love and Clevan Castle, Duben Castle, Tarakanovsky Fort, which I liked very much my children and my husband, but as for me the place is very gloomy.
In the cozy city of Kremenets visited the ruins of the Kremenets castle from where a magnificent panorama to the surroundings opens. The next of our sights was the Vyshnevetski Palace, which unfortunately did not impress me. The place is not well maintained, the park is in terrible condition, but if you have some free time to visit you can. Zbarazh Castle became our last sight on the way back. 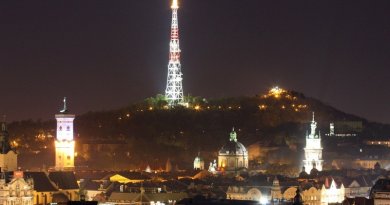 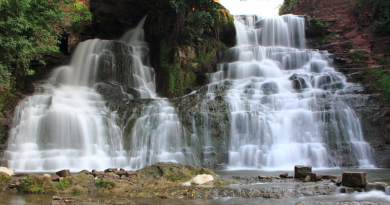 Dzhurynskyi and the ruins of the castle Chervonohrad 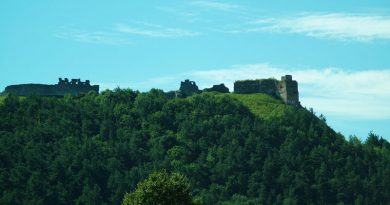