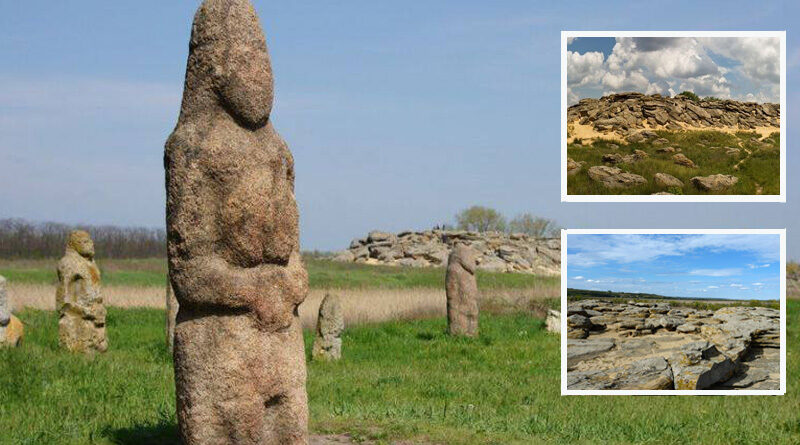 Our planet is incredibly rich in unsolved mysteries, some of them are so ancient that their trace is lost among hundreds of legends. Some were created to reliably hide the true purpose of a sacred place, others, under the influence of an unknown force, instill fear in a person and remain isolated from the whole world. Alongside these legends, real traces of ancient eras are clearly visible. The wisdom and sacred content of which for us today, unfortunately, have been lost.

The history of Ukraine, as a rule, we associate from the early periods: the Cossacks or Kievan Rus. But we absolutely do not pay due attention to the ancient period of time, as for me, this is a very big mistake. After all, if we walk in the footsteps of our ancestors, whose life, traditions and way of life are most often reflected in myths or legends, we will clearly see an incredible pattern. Many events from the legends are more and more often revived against the background of reliable historical facts, found artifacts and deciphered inscriptions on stone rocks. A striking proof of this is the Stone Tomb, which many scientists describe as the “Cradle of Civilization”.

Who created the Stone Tomb, man or nature?

During the period when the Azov-Black Sea depression was the bottom of the Sarmatian Sea. With the disappearance of the water, a sandbank appeared on one of its parts, and a hill on it. At first it became a cape, and over time it became an island, a threshold of the not long, but very wide and powerful Pramolochnaya River. According to scientists, it was most likely the great Dnieper.

From a geological point of view, the local aggregate of aeolian sands in this place, in the format that it is now, is an absolutely anomalous phenomenon and there are no analogues to a sample complex like the Stone Tomb in the world. Initially, the integral sand slab had many branched outcrops, but now we can see a sagging slab that split into thousands of pieces and settled. A monolithic hill penetrated by caves and grottoes, chaotically but evenly spread out on the sides, partially hiding in a squeak.

Of course, the Stone Tomb is a creation of nature, but man also made an equally significant role, which determined its high historical value today. 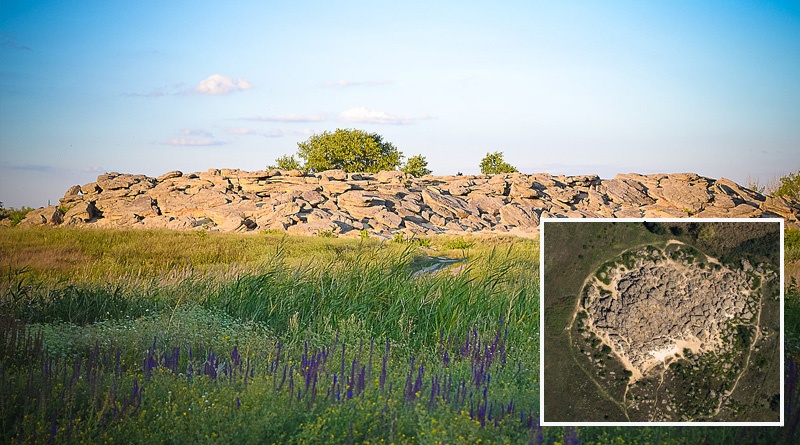 Opening of the Stone Tomb

Teaching drew attention to this place only at the end of the 18th century. The first researcher was the Russian ethnographer Pyotr Köppen, who worked on compiling a map of ancient monuments.
In his memoirs, he mentioned the mysterious inscriptions he had seen, which were shown to him by local shepherds. They also called the hill the Stone Tomb.

This place was especially revered among people for centuries and legends and traditions were passed down from generation to generation, which were directly related to the sacred place. Here, with the appearance of the first man in the Ukrainian steppes, they worshiped an invisible power that fulfilled all desires and expectations.

Although such objects must be protected by special structures in order to preserve and for further study, the Stone Tomb today, despite its high historical significance, is under the open sky. Therefore, not being able to properly study the unique sight of Ukraine, but wishing to preserve the priceless petroglyphs on the walls of grottoes and caves from gradual destruction, it was decided to conserve the object. Accordingly, there is no way to get into its depths.

A very important step by the state in favor of protecting the Stone Tomb was made by the President of Ukraine in 2008. The sacred place was given the status of the National Historical and Archaeological Reserve “Stone Tomb”. Now the archaeological complex has a high chance of being added to the UNESCO World Heritage List.

The Stone Tomb rises 12 meters above the ground. Its total area is almost 30,000 m². In its shape it resembles a mound. Apparently because of this feature, a very popular tourist location in the Zaporozhye region today got its name. Almost every grotto has an altar-sanctuary. To summarize, there are almost 65 grottoes with rock paintings and inscriptions in the historical and archaeological reserve. They were abandoned by people for thousands of years, deifying this place.

Nowadays, the Stone Tomb is not used for its intended purpose, as was the case in the distant past. And the guests here are not priests, but curious tourists who visit the sacred place on their way to a planned beach vacation off the coast of the Black and Azov Seas.

There is a museum in the aisles of the reserve, where interesting expositions are collected, including archaeological artifacts found in the Stone Tomb from different periods. Here everyone has the opportunity to see copies of petroglyphs from the walls of the caves with deciphering, or to walk through the lapidarium among stone women. 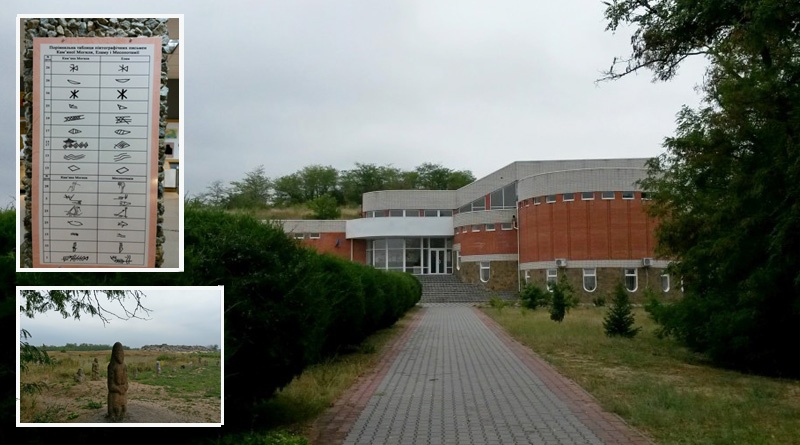 What is the uniqueness of the Stone Tomb?

The cultural monument surprised archaeologists and historians with numerous petroglyphs, images and inscriptions on stones that are as ancient as the world itself. The symbols were created by the hand of a person; until recently, no one could figure out their meaning.

Relying solely on the work of scientists, the conclusions were made – this is the oldest and most complete written archive in the history of mankind. For its significance, the Stone Tomb can even compete with the Assyrian library, as it tells in great detail about the life of mankind at the very beginning of the “Age of Prosperity”.

The inscriptions on the Stone Tomb preserve a wide range of information about spirituality, everyday life, craft and life of almost the first people on the planet who lived in the territory of southern Ukraine. 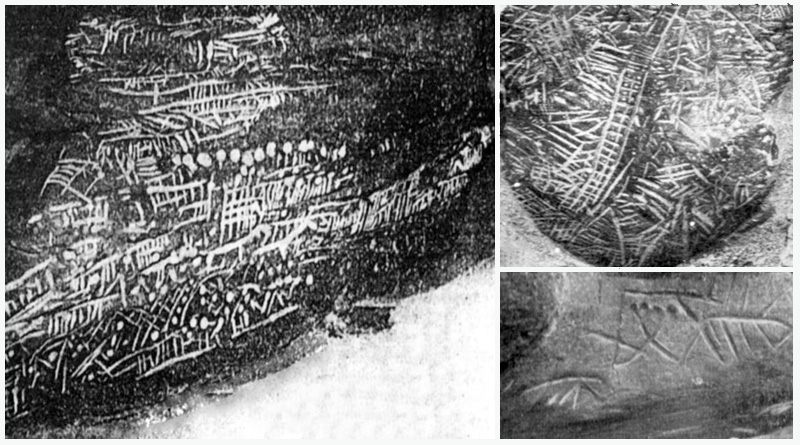 Unique messages from the distant past at the Stone Tomb are an invaluable gift to our generation. The original inscriptions gave us one more confirmation, and this time a written proof that it was on the modern territory of Ukraine, about 8 thousand years ago, that the first state in the world – Arata – was created. It had its own army, religion, culture, hierarchy, defensive structures, developed craft, agriculture and cattle breeding. 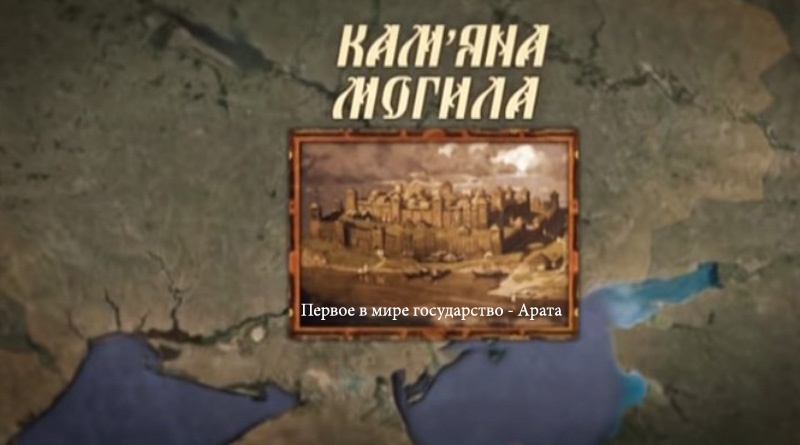 Many people think that the history of the world begins in Sumer, but in fact, in our country. Historians and archaeologists have found Sumerian inscriptions in the caves of the Stone Tomb, but only older. This fact means that they got there much later and have their origin from modern Ukraine.

Ancient from the Egyptian pyramids, the Stone Tomb served as a hiding place for many nomadic tribes. Scientists no doubt claim that the petroglyphs found directly in the Stone Tomb are really Sumerian, and the place itself has played the role of a spiritual and religious center for several centuries.

On the rocks of Kamennaya Mohyla, archaeologists have found confirmation of the existence of the Amazons, who conducted their warlike activities on the territory of the Ukrainian Black Sea region. As it turned out, folk legends are not a fairy tale, but a reality. In addition, it is important to note that near the reserve, during archaeological excavations, a female burial was found with all the attributes of everyday life and weapons, as is typical of the legendary Amazons. Therefore, as for me, mythical creatures and stories from ancient epics should be taken seriously. Since legends have often become reality. Take, for example, the existence of an underground passage that unites the Kamenets-Podolsk castle and the Khotin fortress. 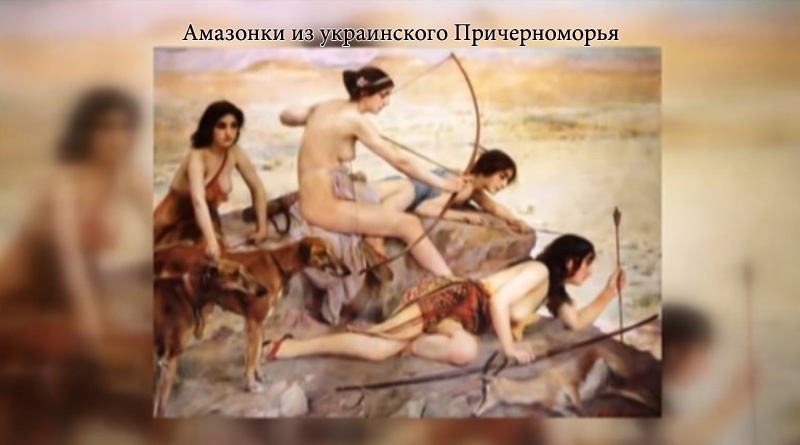 Stone Tomb – a place of power

Today, many planning their next trip, more and more often prefer to choose exactly those tourist routes in Ukraine, which are popularly characterized as a “Place of Power”. Naturally, everyone has their own reasons. Some are looking for luck. Others, passion for esotericism. Someone is studying abnormal places. In any case, regardless of purpose, the Stone Tomb has become a magnet for magicians and occultists. Especially around the summer solstice. After all, the reserve is considered the strongest energy center of the planet.

Many anomalous phenomena and natural phenomena have been recorded here, for which there is no scientific explanation. For example, on the territory of the Stone Tomb, mechanical clocks and electrical appliances often stop working. It was also noticed that the first swallows arrive at this sacred place much earlier.

Undoubtedly, one can relate to this kind of place in different ways. But still, the fact remains unchanged, something really unusual is happening here. Whether it is mysticism or not, everyone decides for himself.

What connects Ahnenerbe and Stone Tomb?

There are reliable facts that during the Second World War, the German organization Ahnenerbe, in the vicinity of the Stone Tomb, actively searched for traces of the Aryan people, ate to find the Necropolis of the Scythian Kings, and also showed a high interest in underground treasures.
Here scientists conducted research on anomalous phenomena and ate to unravel the mystical mystery of the human genome. As a result, the results of the German expedition directly related to the Stone Tomb remained a mystery. All works were classified, and those local residents who took part in the study went missing.

But years later, Valentin Supper, a local historian and researcher of the history of the Scythians, managed to open a new page for the study of this place. Thanks to his enthusiasm, a scientific expedition to the Stone Tomb was organized, which was supported at the state level. In the process of echolocation and dowsing, scientists found out that at a depth of 9-12 meters, as suggested by Super, there really are massive voids, which may be the necropolis of the Scythian kings.

It should also be noted that the result of the taken fragments of samples from the Stone Tomb slab, which were sent for chemical research, stunned scientists. Such a chemical element does not exist in nature. All these facts, taken together, only inspired Supert’s new discoveries. He creates a detailed plan of the dungeon and found an entrance heaped up with a massive slab. Coincidence or not is difficult to say, but while feeding on opening it, Support suddenly dies.

After a while, among his working documents, diagrams and maps of the underground part of the Stone Tomb were found, but only in German. The documentation is dated 40th year, which means that the report of the German expedition of Ahnenerbe somehow got into the hands of Supert. Apparently these documents helped him to make his discovery. Based on the records found, more than one expedition was organized to study underground structures.

How to get to the Kamennaya Mogila nature reserve?

If you prefer independent travel around Ukraine, and you are interested in how to get to the reserve on your own, then first of all head for the city of Zaporozhye. Then by bus, train or train you need to get to Melitopol. Upon arrival, from the bus station number 2 take a bus ticket in the direction of the village. Peaceful, and already at the place you will have to walk about 2 km on foot to the reserve. 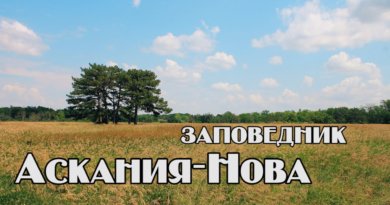 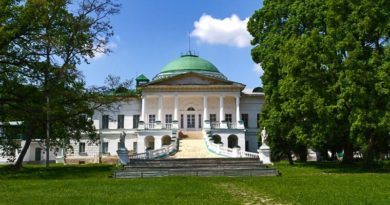 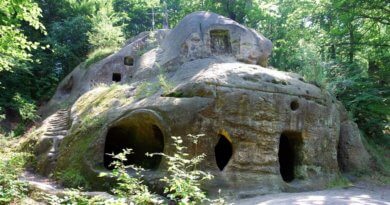