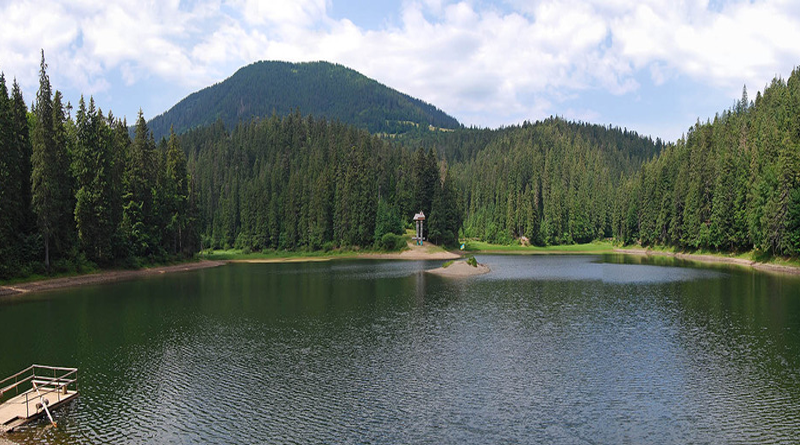 About 10 thousand years ago there was an earthquake, then the shift mountains, nature itself created
amazing lake “Synevir” also called “Marine Eye”.
Area 5 acres with a maximum depth of 22-24 m, Vod temperature even in the hottest period of not more than 11 degrees.
Lake is located at an altitude of 989 meters above sea level It considered by a large and beautiful lake in the Carpathians.
You can reach it on foot, or take the car from crossing point only 1200 meters.
Access to the UAH 15 for adults and USD 3 for children.
The reserve is well-groomed, comfortable, has a cafe cook delicious and the prices do not bite.
Fish, crayfish, swim in the lake, spread tent is prohibited.
Lake with altitude resembles an eye, and a small island in the middle of the apple of the reservoir.
By the island can be reached on a raft, just 25 UAH, children under 6 free.
Locals hospitable, cheerful, very fond of telling various interesting stories.
We were talking about the cave that leads to the waterfall as many spikes, UFO and legends.
Panorama is just super, ideal for photos and videos.
The lake can be worked around or drive around on a horse.
The main attraction of the lake and Xin figure Vir 13 m high and weighing 30 tons.
There are constantly crowded by tourists, eating impress themselves on the background of the statues.

High mountains, fast Carpathian rivers belong to the same very rich Count.
When he examined the vicinity of their lands, his daughter, meanwhile, in the meadow picking flowers.
Attention girls attracted flute music, Xin came closer and saw among the sheep the shepherd Vir.
At first glance, they fell in love.
Falling in love each day, met in a clearing, where he first met.
Soon the Count learned of lovers, he forbade Xin sees a shepherd, but she did not listen to his father.
With anger he ordered Protection kill the guy, order soon hit is made. On shepherd boulder rolled off a cliff.
Learned about Wira Xin death, he came to the stone where it was the lifeless body and cried.
Long sobbing girl is not around the lake was formed.
In honor of Love Blue and Vira, he was named Sinevir.

Interesting facts about the lake Synevir:

1.Po results of the competition, lake Synevir added to the list of 7 Wonders of Ukraine.
2. The picturesque lake scenery is not just appear in the film:
“The tragedy of the Ukrainian Carpathians”, “Red Rue” in the horror film “Synevir”, “Ursus” and others;
3. American ufologists have suggested that the lake Synevir, UFO base is located 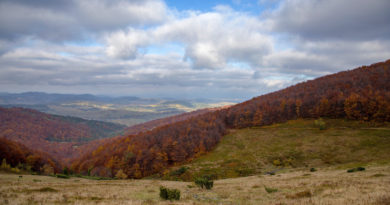