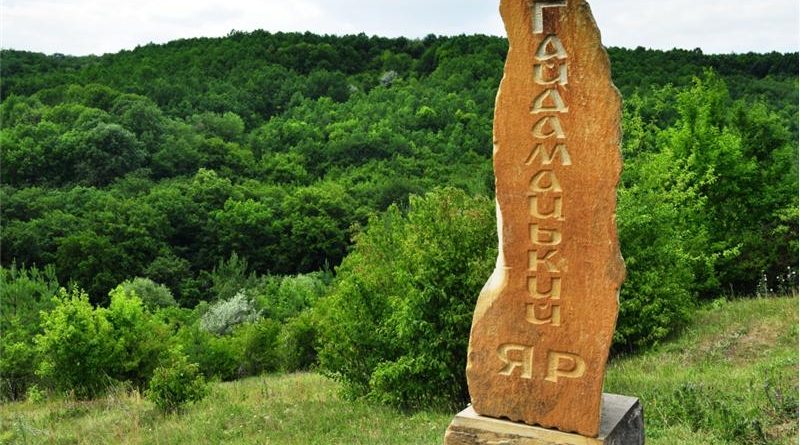 Today, among the many villages on the territory of Ukraine, the village of Bush deserves special attention, it nestles comfortably in the vicinity of Yampolsky district, which in turn refers to the Vinnitsa region. The local land is fascinating by its nature, the abundance of vegetation, the wonderful panorama of the canyon of the river Bushanka, which is known as “Gaydamatsky Yar”, rich in history and hospitality of the locals.
It is impossible to remain indifferent to the unique landscapes, numerous historical monuments that remind the young generation of the old times of different eras, flowering gardens, which Lesia Ukrainka once admired.
In our time, much has changed, but the pristine nature is still preserved here, which is fascinating at first sight.
Therefore, it is not at all surprising that such a unique and picturesque region was not left unattended by tourists at any time of the year.
Today, to protect the ancient roots and heritage of our people, the village of Bush has been given the status of a natural historical and cultural complex, on its territory is the largest in all of Europe and a unique sculpture park. Here you will see the most diverse works of sculptors, ancient and modern eras.

In the central part of the village you can visit a very informative museum of ethnography, which is located in a colorful and very old hut, its age is almost 130 years.
The museum was opened relatively recently in 2004.
Here are collected beautiful exhibits of the local region, which vividly reflect the religion, culture, way of life of our ancestors.
You will have the opportunity to see: household items, clothes, icons, interior elements, tools, paintings and much more.
If you walk around the house, you will see not less interesting objects, for example, a stone table, some magnificent sculptures and a Cossack cart look very original.

Museum of Ethnography in the Bush Village 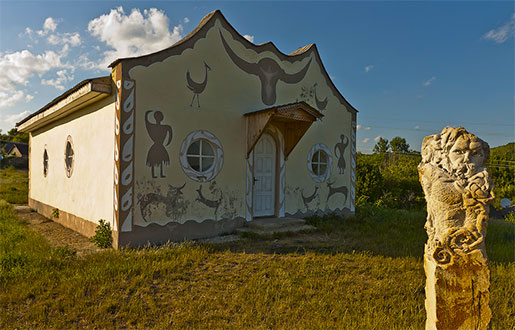 The most popular tourist site within the reserve is considered to be the surviving tower of the once magnificent castle of the 17th century. According to historians, relying on reliable historical data, the castle had the most important military value of that period.
For comparison, he was not inferior even to the Kamenetz-Podolsk fortress.
Unfortunately, the building itself has not survived to our days, and only one tower reminds of its former glory, which was part of the defensive system of the castle.

It is important to note that the military fortress was destroyed by the Polish army in 1654.
Following the brutal battle, the Poles managed to break through the fortifications, but when they got inside the castle, it was blown up.
Therefore, the surviving Bushkinskaya Tower, which has stood the test of time, is not only an important historical monument of Ukraine, but is also a memorial to the memory of the brave defenders of the castle.
When you look at the tower that has survived, it seems that its main purpose is not to let the young generation forget the distant times, the people who created the history of our people, their courage and heroism. 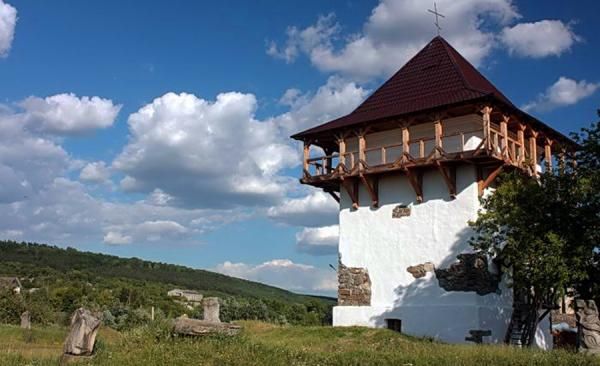 If you walk along the trampled path above the tower, you will see a Cossack cemetery in front of you.
This historical landmark of the reserve is shrouded in mystery and legends.
The oldest burials date back to the 17th century.

Cossack cemetery in the village of Bush 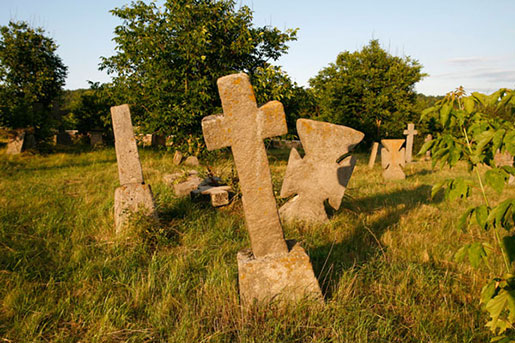 Outside the village, about one kilometer walk away, you will see a magnificent panorama of the hornbeam forest, which is known as “Gaydamatsky Yar”. It spreads over 96 hectares of protected area. 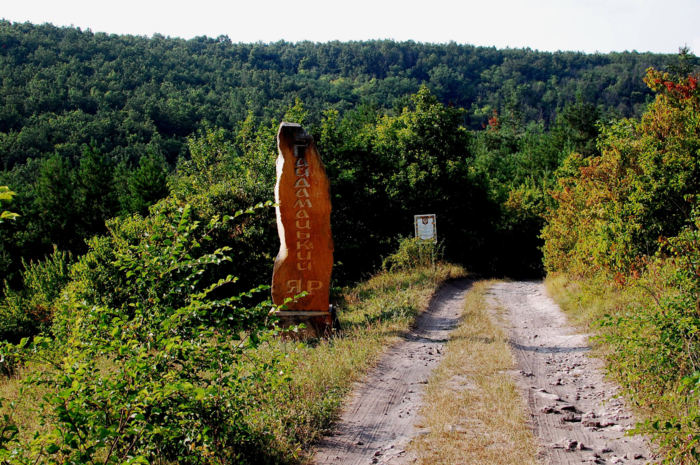 Here you can see the huge breezes of sandy rock, which, under the influence of wind and rain, acquired fantastic forms. There are more than 150 similar sculptures in the reserve. 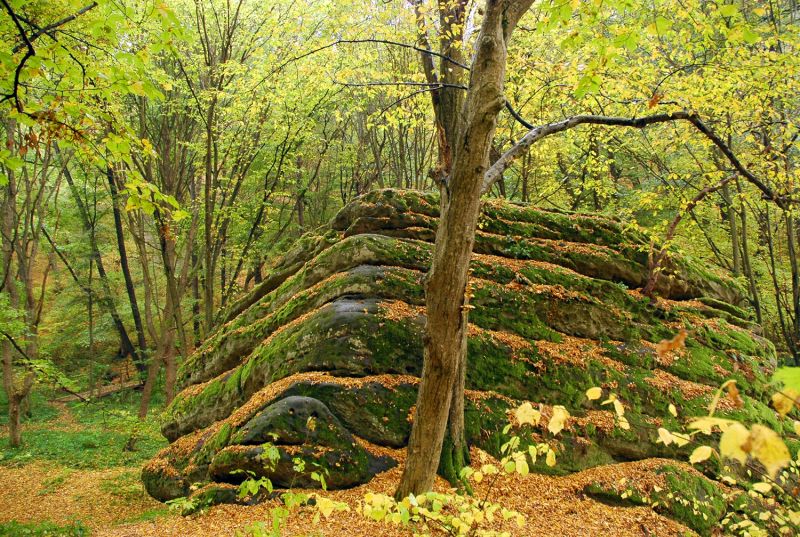 It should be noted that not only traces of the Cossack period were preserved in the reserve, but also indisputable evidence was found of the Scythian, Tripoli, and even the Old Russian cultures in the local area.
You can verify this by yourself by visiting a rock temple that is located on the outskirts of the village of Bush. According to scientists, it was built in the pre-Christian era.
The construction had three rooms. At the entrance to the sanctuary, you can see a very strange rock image: A bird is depicted on a leafless tree, something like a rooster, and under the tree itself you can clearly see the silhouette of a person kneeling, a deer is depicted proudly raised behind his head. Today, none of the scientists can give an answer about the exact epoch of this work or its meaning.
But no matter how it was, one thing remains unchanged – this is a unique reminder of history, which has no analogues in the whole world. 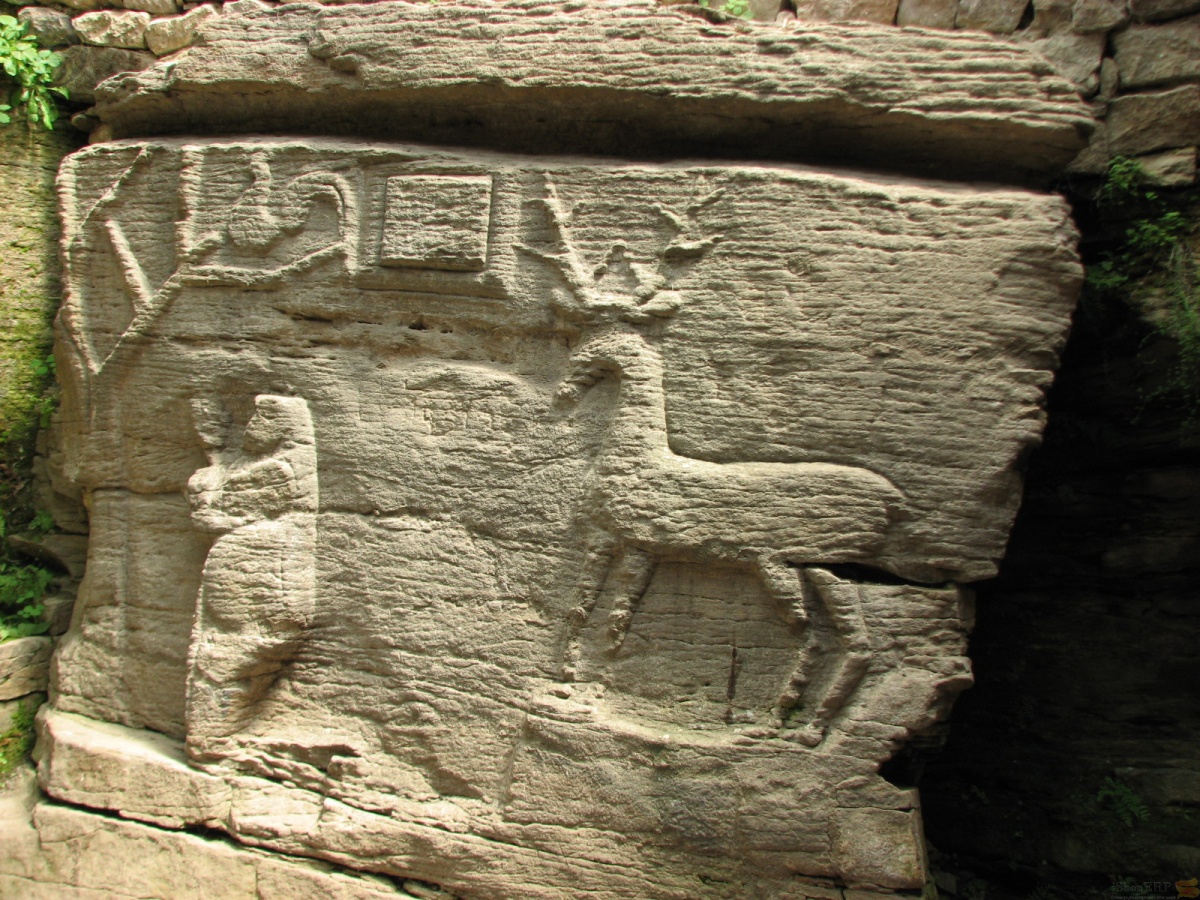 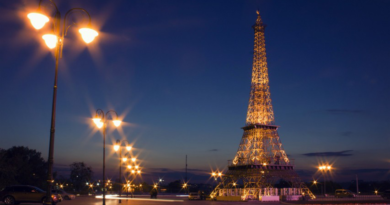 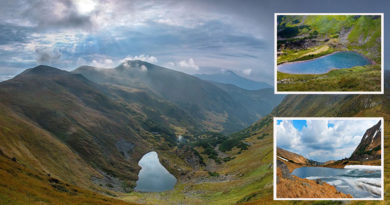 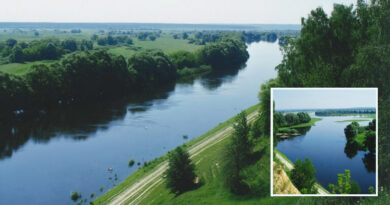