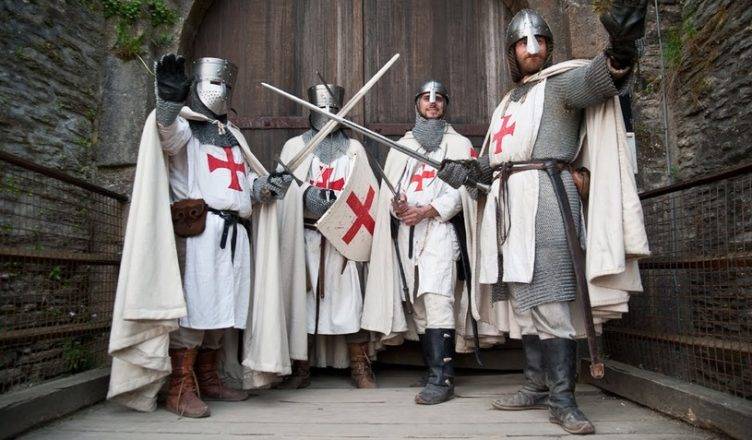 On October 12, 1307 in Paris, a very important meeting was held between two knights from the Knights Templar, who slowly prayed in one of the cells of the Temple Castle and went on to discuss. The senior templar handed over to the youngest the order from the Grand Master “to securely hide all the treasures and relics of the Order”
The next day, with the first rays of the sun, on Friday, October 13, 1307, a massive wave of arrests of the Templars swept across France.
According to historians, it was a well-organized special operation in the history of mankind.
The initiator of the event was the French king Philip IV the Beautiful, who was the grandson of the Kiev princess Anna Yaroslavna, and she, in turn, was the daughter of Yaroslav the Wise.
It should be noted that the formal reason for the arrests was the accusation of representatives of the Order of blasphemy, worship of evil spirits and the practice of sexual orgies.
In fact, the reason for the large-scale purge was the unlimited power of the templars, their power and, of course, the treasures that Philip was so eager to possess.
As a result, most of the knight monks from the Templar Order were arrested and soon executed.
But, the king was not able to achieve the desired goal, he was not able to seize the state of the Templars.
The templars still managed to take the warning out in an unknown direction and securely hid their gold, silver, precious stones and sacred artifacts.
Nowadays, many historians and treasure hunters adhere to the theory that the treasures of the Templars can lurk on the territory of Ukraine. This opinion looks quite realistic if you study in detail the traces of the templars in our country.

From time to time, thanks to new technologies, perseverance of treasure hunters or commonplace accident, the world community is animatedly discussing the next treasure found.
Sometimes such finds are striking in their uniqueness and scale.
For example, relatively recently in 2011, in one of the temples of India, hundreds of tons of gold, silver and precious stones were found.
Experts estimated the amazing find at almost 22 billion dollars.
Against the backdrop of such events, it is perhaps worth noting that the Indian treasure is far from the most record one.
For example, if you believe the legends that practice has shown quite often come true, then the library of Yaroslav the Wise is estimated at times more than a find in India.
But, religious artifacts, in particular Christian relics possessed by the Templar Order, are considered the most valuable.
By the most conservative estimates, their gold reserves were equal to the gold reserves of Western Europe.
Reliable and undeniable information has been preserved that it was the Templars who owned all the relics after Christ.
For example, the Shroud of Turins was carefully kept by the templars until the 15th century, and historical records confirm this fact.
The same sources mention the most magnificent artifact, the Holy Grail, which was also found among the Templars.
And although the most famous Christian military order in the history of mankind lasted only 216 years, it left unbelievable stories, legends, myths and many questions, the answers to which were not open to humanity.
For centuries now, many enthusiasts and doctrine have been eating to no avail open the curtain on the sacred secrets of the most mysterious Order.
But no matter how trite it may sound, the more we learn about the life, traditions, material and natural spiritual values ​​of templars, the more questions arise.
Take, for example, a mysterious disappearance when they dissolved like fog with the first rays of the sun along with their huge fortune.

History of the Templars

The Templars are also Templars or the Order of the Poor Knights of Christ was founded after the First Crusade in 1096.
Initially, it consisted of 9 knights who defended pilgrims from Europe on their way to Jerusalem.
If you carefully trace the history of the birth of the Order, then a lot of questions arise.
For example, many researchers are seriously convinced that for the first 9 years the Templars, led by Magister Hugo de Payne, were as if in a mothballed state.
They practically did not develop, it seems that their main goal was not to protect the pilgrims at all, but to carefully study the dungeon of King Solomon’s Temple and manuscripts.
It is possible that the templars still managed to find something majestic, it is possible that it could even be the treasures of Solomon, including the Holy Grail and the Ark of the Covenant.
After all, further we see the colossal growth of the religious military Order.
Their material condition grew to an unprecedented scale, the templars had almost unlimited power and privileges.

Treasures of the Templars – the cherished dream of any mystic, representatives of religion and the treasure hunter.
Perhaps it should be noted that historians and even politicians were actively engaged in their search.
For example, indisputable evidence has been preserved about the active search for the Templar’s ​​heritage by a specially created group of Stalin and Hitler.
Both sought to find priceless Christian artifacts, including the Ark of the Covenant and the Grail.
Both believed that the treasures found and mystical relics would provide them with world domination.
Therefore, the preparation and generous funding of the NKVD and Anenerbe groups actively studied both the history of the Templars and their architectural structures in France, Spain and Portugal. Naturally, the work was carried out secretly under the heading of the secret.

It is also important to know that Ukraine was liked by the Nazis long before the start of World War II, who had their mystical interest in our land.
Today, documents have been preserved that confirm the existence of a special group engaged in the search for three stones in Ukraine that are directly related to the Templars.
According to legend, stones are a hook to the treasures of the temples. So there you go!
The irony is that this group was looking for them all over the world, while they were under the noses of the Nazis during the occupation of Ukrainian territory.
For centuries, stones have gone unnoticed in the village of Novoselki, not far from Zolochev, and only recently they were moved to the territory of Zolochevsky Castle.
Now, they play the role of a museum exhibit, everyone can see them. 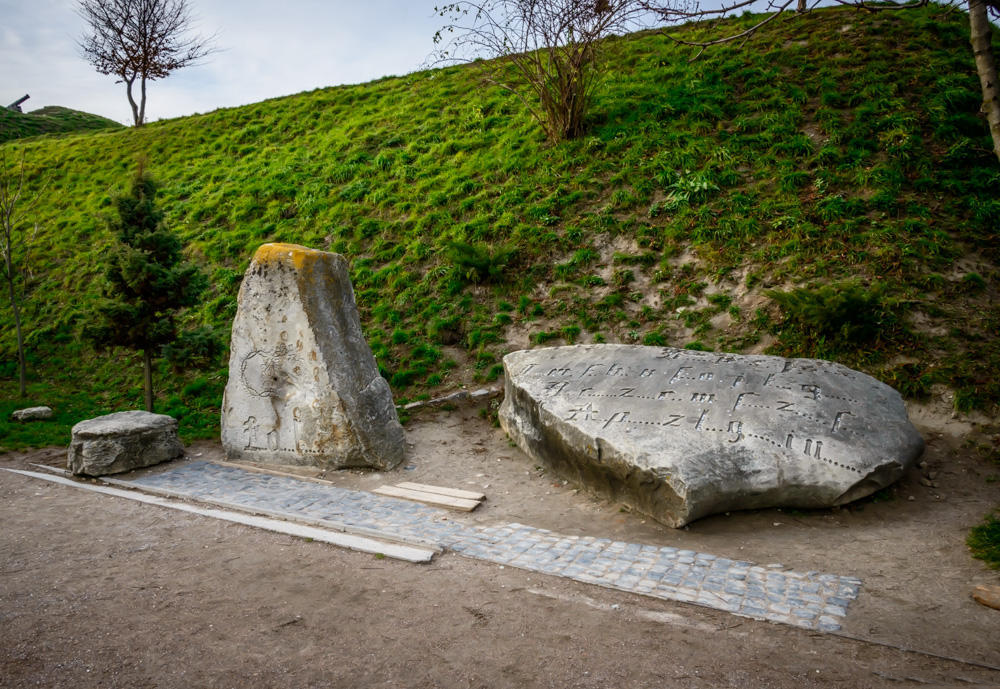 In Ukraine there are a lot of interesting and unexplored places.
Perhaps that is why legends and incredible stories go about such places.
The Templar Cave belongs to such mystical sights of Ukraine.
It is located on the top of the Black Mountain in the Transcarpathian region.
In recent years, it has been very popular among tourists and treasure hunters.
The local region, like the dungeon itself, has overgrown with incredible legends which are sometimes very difficult to believe or refute.
A significant part of it is flooded with water, as if saving this place from uninvited guests.
Today, no one knows for certain who and for what purpose they created the cave, only speculations.
There are so many versions that it is very difficult to determine where the fiction is and where the truth is.
In the process of archaeological research, it was possible to find out that the cave has a man-made origin and has not previously been flooded.
Water could have appeared here as a result of reaching groundwater, in the process of cutting down the tunnel.
Naturally, there were repeated attempts to pump out water in order to study the dungeon, but all undertakings failed.
Water stably keeps its level, no matter how much effort the local historians apply.
Many believe that the Templars flooded the cave in order to hide their treasure and the Holy Grail.
The reason for this theory was the inscriptions found on the walls, crosses and coins that belonged to a secret order. 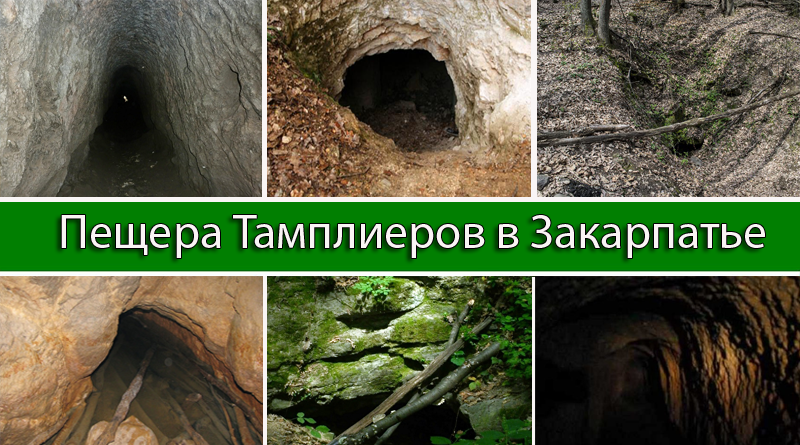 It is possible that a significant part of the wealth of the templars may be lurking in the village of Lukiv in Volyn. Scientists have found the remains of the Templar castle and its underground passages, which have not yet been studied.
Therefore, the theory of the treasure of the once mighty order hidden here has full right to exist. After all, the Templars could indeed settle in our area, as historians and scientists say, confirming the very assumption: – that the Holy Grail and the gold that disappeared from the order are hidden precisely in Ukraine.

Naturally, the wooden walls of the fortress itself could not resist to our time, but the remaining ruins of the dam, bridge, almost 30-meter ditch and underground passages can nevertheless open the curtain to many secrets of the templars living here.

Perhaps it is worth noting that in the English archives there are references to this castle, which the Templars laid in 1231. Studying this information in more detail, one gets the impression that it was as if an accidental find was carefully hidden for centuries, and the fact of its discovery is nothing but luck.

Today it is difficult, of course, to draw a line between legends and assumptions.
Our generation prefers to believe in reliable facts. But, as for me, do not give up the search, which is based solely on myths and incredible stories. Indeed, as practice has clearly shown, there is some truth in everything.

In any case, in order not to miss the chance to understand and find something new and interesting that can
to change our attitude, for the better, towards ourselves, our own history, towards the past, present and future – we must always move only in front.
Who knows, maybe the truth is the Holy Grail, the gold of the Templars are hidden in Ukraine. 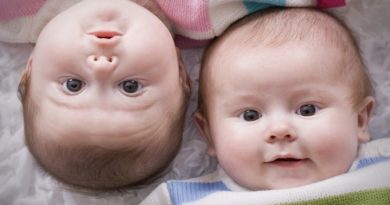 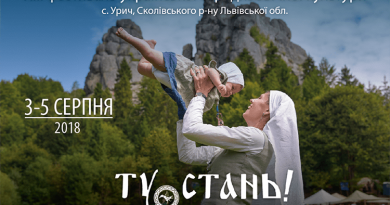 The best resorts of Transcarpathia for summer holidays

Our modern life often teaches us lessons and difficult trials, plunging us into a state of depression. Naturally, there are