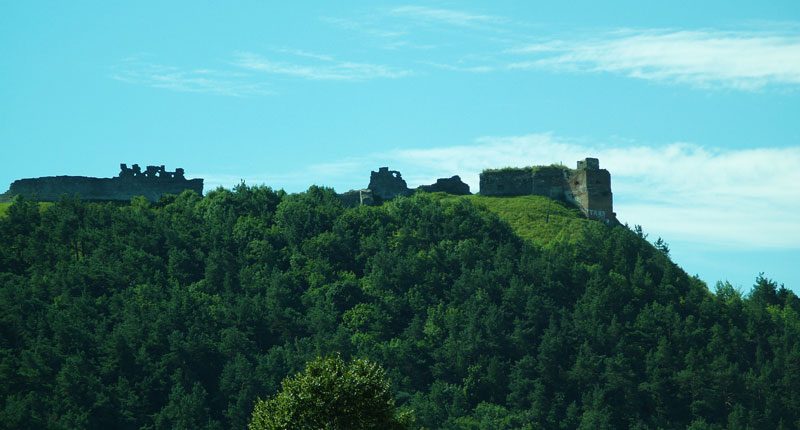 Kremenets – charming town on the expanses of Ternopil region, nestled amidst the high mountains Kremenetsky.
One of the attractions of the city are the ruins of the fortress on the Castle Hill (Bona).
All year round visitors come here from different parts of the world and Ukraine.
The ruins of the castle experienced a lot in his life, have served their faithful service, and now is under state protection.
The history of the castle is closely intertwined with interesting special, princess Bona, who is married to Polish King Sigismund I, in 1518.
This temperamental woman over 20 years of ownership of land Kremenets, was able to do for the city and the castle more than anyone before her.
Bona, breathed life into this amazing place, the city blossomed in his eyes.
The rapidly developing trade, which greatly improved the well-being of the inhabitants of the town.
Not scored it and the castle, considerably strengthening it.
The Queen had two sons and four lovely daughters, she has successfully managed to see marry kings of Europe.
In 1548 Bona was widowed, she decided to return to his ancestral principality in Italy, where he had been poisoned.

The base of the fortress dates back to the VIII-IX Art in the pre-Christian period.
There is a very educated guess, time of origin of the Kiev state, Kremenets area came under its control.
In 1064 Mr. Krementz, I mentioned in Polish encyclopedias and dictionaries.
In 1227, Kremenets region described again, only this time in Ipatiev Chronicle.
For a long time, the last date considered to be the first official mention of the city as part of
Galicia-Volyn principality.
In the chronicles is mentioned on the owner of the castle of that period, it was a very ordinary person Mstislav Udatny, he managed to break the army of King Andrew II.

Many had seen the castle: love affairs, brave heroes who until his last breath behind the right to live on this earth by God.
The walls of the stronghold, there were numerous battles with the Mongols, the Golden Horde, the Hungarian army, the Cossacks.
Fortress repeatedly destroyed and rebuilt, but only ruins remain unfortunately until today.

LEGEND OF THE MOUNTAIN BONA:

Bon felt noble schemer that madly loved power and wealth.
Know feared openly conflict with Bona, it was considered skilled poisoner.
She owned a family recipe poisonous powder, odorless and tasteless.
This legacy of a woman took away the life of not only his enemies, the queen had poisoned two daughter.

In his youth, it fascinated by its beauty, temperament, skillfully manipulated by men.
Not surprisingly, she surrounded herself with a harem of lovers of the nobility and the common soldiers.
When the voltage of the adventures learned king, he ordered the execution of all the soldiers that entered into relationship with the Queen.
Bona persuaded the king to save the life of each of the third, ninth and twenty-seventh soldier.
It is a strange request, but despite not that beat executed.

About this woman, there were many incredible stories, sometimes even mystical.
Many seriously thought Bon vampire who loved to drink and bathe in human blood. Locals say that Bona ghost haunting fortress and today a moonlit night.

There are mentions about another very interesting story.
The Queen ordered the masters to pull the leather bridge, from the mountain to the neighboring Bon burn.  Order hit is made.
But the next time walking bridge fell down, she miraculously survived.
With three long Bong became afraid and wary even more, it was suspected of collaboration with unclean power. 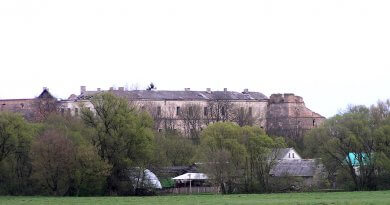 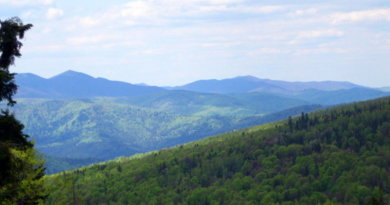