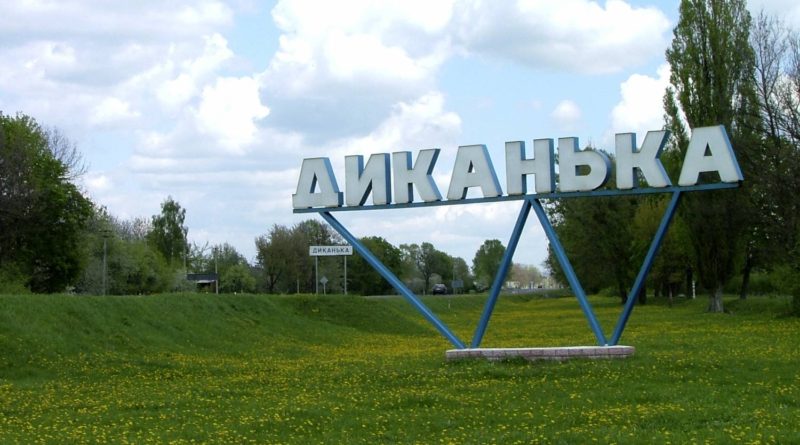 Dikanka is the most popular Ukrainian village, which is located on the bank of the river Vorskla, only 25 km from the hospitable city of Poltava.
Every year this wonderful land is visited by thousands of tourists from all over Ukraine, especially during the organization of the Sorochinsky Fair and the flowering of fragrant lilacs.

The exact date of the founding of the settlement can not be named by any historian, but the first mention of Dikanka dates back to 1658, in the annals of Samuel Velichko.
According to one of the versions, this region was called Dikanka because of impenetrable wild forests that surrounded the locality on all sides.

Visiting the fabulous Dikanka, you will see a magnificent panorama of the neighborhood, you will see many interesting and popular sights of Poltava.
In the local region, almost everything has to do with the famous Kochubeev family.
Kochubei himself was the head of the village, which made a huge contribution to the development of Dikanka.
Thanks to a noble family, an excellent palace was built where there were more than 100 rooms.
In its spacious halls there was an art gallery, a library, a museum with unique exhibits from around the world, but to the great regret, during the revolution of 1917 everything was irretrievably destroyed. 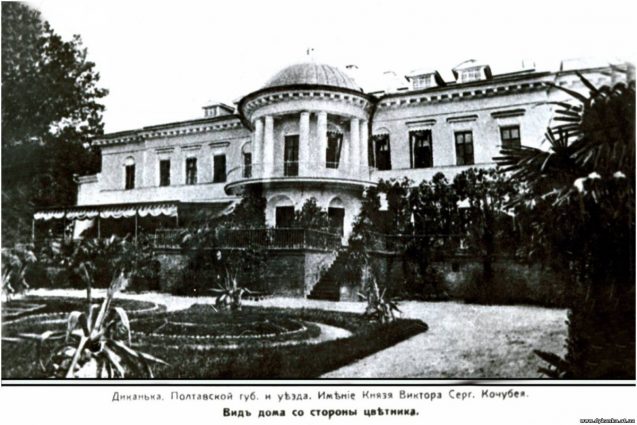 Today, once the majestic palace, where famous writers, artists, kings, and hetmans visited, recalls only the Arc de Triomphe, which has survived to this day.
It was an integral part of the estate Kochubeev, which was built in honor of the Emperor Alexander I, in 1820. According to the project of the famous architect of the time Luigi Ruska, the arch served as a parade entrance to the estate. 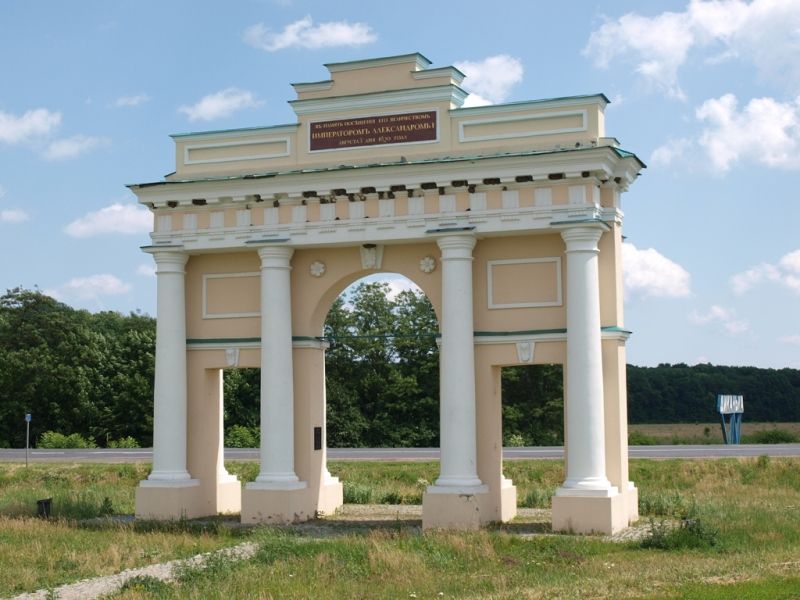 Nowadays, on the site of the once grand palace, a wonderful landscape park is broken, where four 800 year old oaks rise.
Three grow on one lane, and one separately, closer to the settlement of Dikanka.
Giants have 20-22 meters of height, their diameter reaches one and a half meters.
According to folk legends, the trees were planted in honor of VL Kochubei’s birthday, Colonel Ivan Iskra and Judge Vasily Kochub.
Initially, 68 oaks grew on the alley, but to date only 4 remained.
This is certainly not the oldest oaks in the territory of Ukraine, but it’s worth seeing them.

If we are to believe the legend, it was here that Motri Kochubey and Ivan Mazepa fell in love.
At the time of the meeting Mazeppa had almost 60 years, and the young Matryona was only 16 years old.
It should be noted that the feelings between the pair despite the significant age difference were mutual. Mazepa had something to love for! He looked very attractive, was still slender, physically strong and healthy.

Alexander Sergeevich Pushkin himself wrote about Kochubey’s oaks:
An ancient row blossoms in Dikanka
Oaks, friends planted;
They are about the forefathers of the executed
Until now, my grandchildren are told …
Despite the fact that the writer never walked on Poltava land, he glorified this wonderful land in his poem “Poltava”.

On the territory of a landscape park, everyone can enjoy the unique aroma of blossoming lilacs in the “Lilac Grove”.
In the flowering period, tourists like there are very many here.
If you believe the legend, the grove was planted for the seriously ill granddaughter of Kochubei, Anna.
From all corners of the world, all possible varieties of siren seedlings were brought here, which were planted on the site of an earthen quarry.
The blossoming paradise was unique, the girl became a ray, but when the lilac blossomed, Anna’s life faded. Since then, the girl’s soul wanders in a lilac gay. 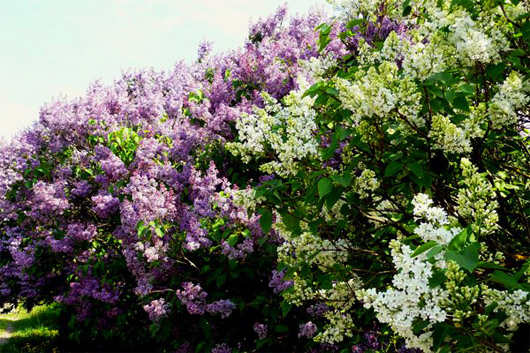 On the outskirts of Dikanka, the Nicholas Church of 1794 rises, built on the means of Kochubeyev. It is also a family burial vault of a noble family, where the remains of 5 princes and 3 princesses are kept.
In 1851-1852 a unique iconostasis of moraine oak was erected here, it was made by talented Ukrainian crepeacs who were trained in wood carving in Italy.
Particular attention is drawn to the icon of St. Nicholas the Wonderworker.
At one time, Maria Ivanovna Gogol-Yankovskaya came to her praying, she was very worried after the death of her two children.
Bearing under the heart of the third child, the woman prayed every day for life and health in the church of St. Nicholas.
As a result, Mary gave birth to a son and Nicholas named him, in honor of the saint.
The boy grew up and became a famous, talented writer.
We know him as Gogol Nikolai Vasilievich, he often visited Dikanka and the church of St. Nicholas.
For his creative activity, Nicholas wrote many interesting works, but his most popular book, Evenings on a Farm near Dikanka. 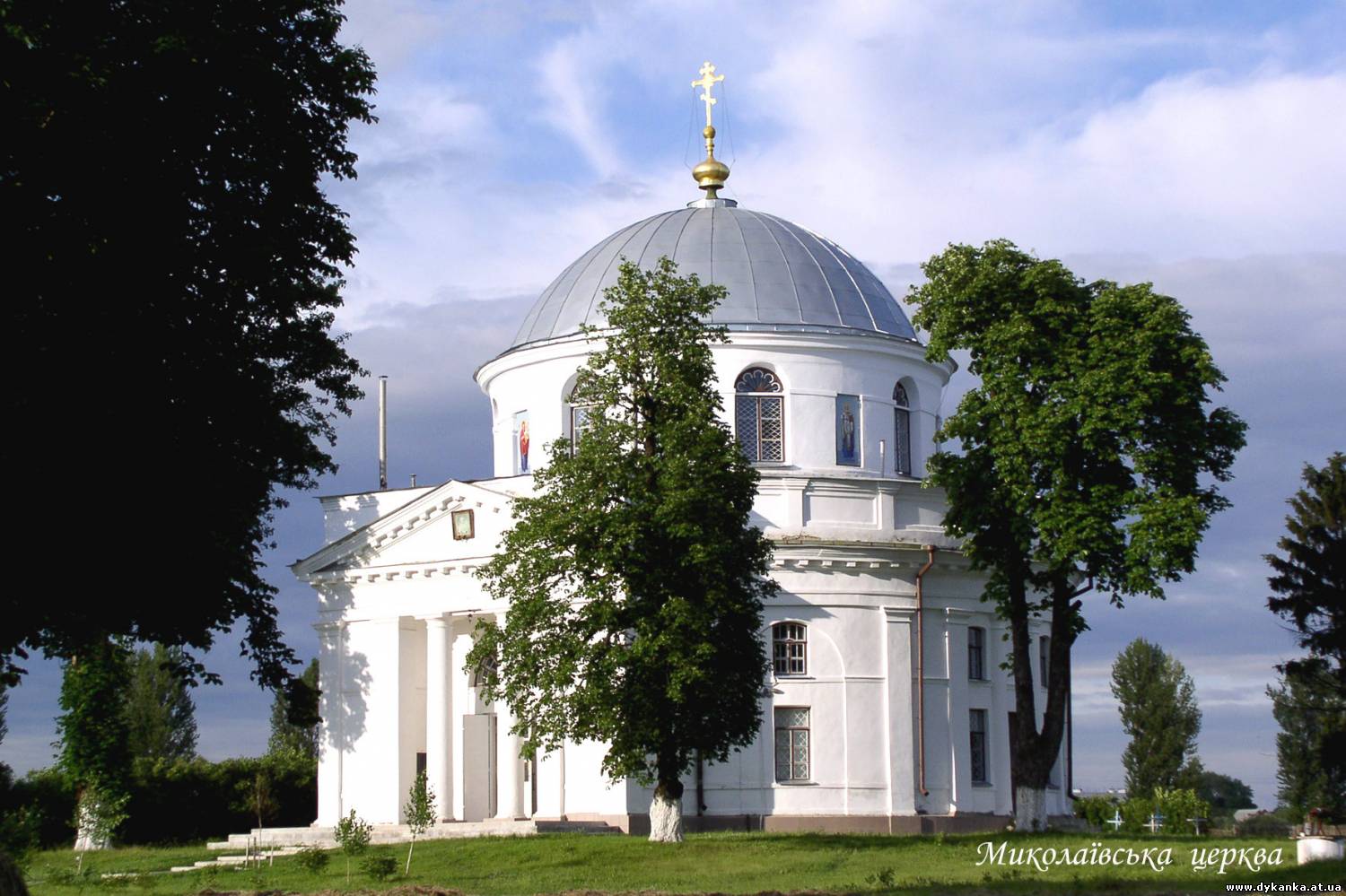 In the heart of Dikanka is the Trinity Church of 1780, in the late Baroque style.
This shrine, closely intertwined with the work of NV Gogol.
Being in these parts, the famous writer often visited the temple.
It is believed that this very church was painted by that very smith Vakula of the descriptions in the story
“The Night Before Christmas” by N. Gogol:
“… on the side wall, as you enter the church, Vakula painted in hell, so ugly that everyone spat when they passed by.” 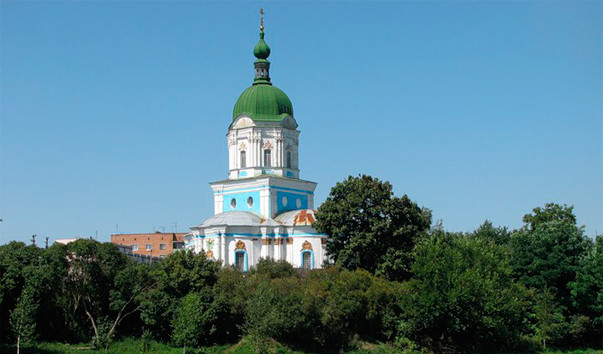 Will be in Dikanka, be sure to visit the cozy farm Prony, there is a popular among tourists historical and cultural complex “Evenings on a Farm near Dikanka”.
It was opened not so long ago, in 2003.
The complex is a prototype of the village from the popular work of N. V. Gogol
“Evenings on a Farm Near Dikanka” .
Here you can visit a real tavern and taste traditional Poltava dishes: Solokhi dumplings, Ukrainian borsch with pampushkas, Cossack potatoes from the smith of Vakula. 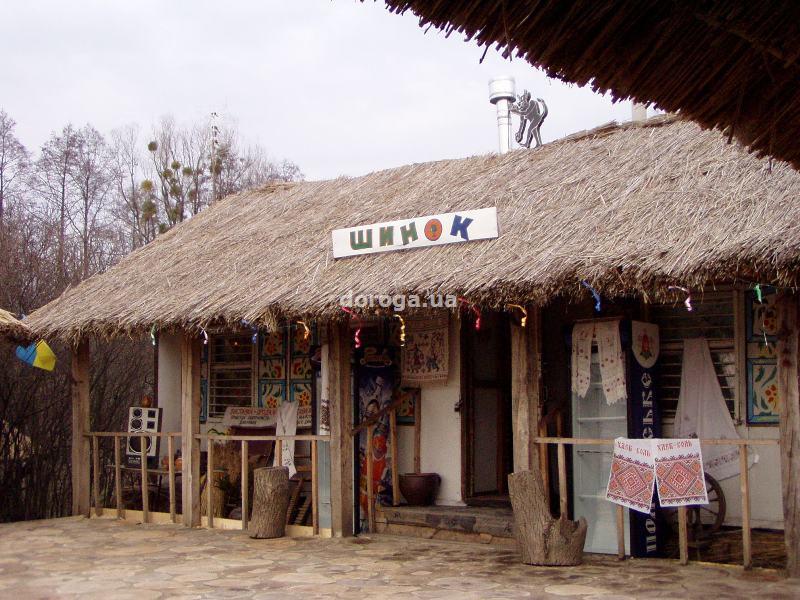 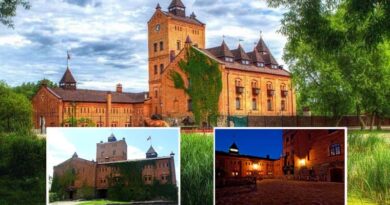 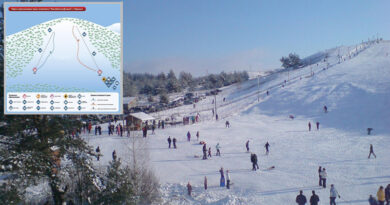 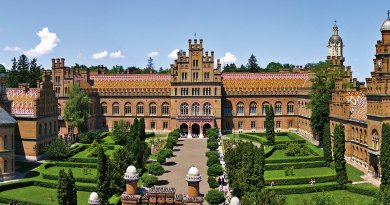 One thought on “The village of Dikanka near Poltava”