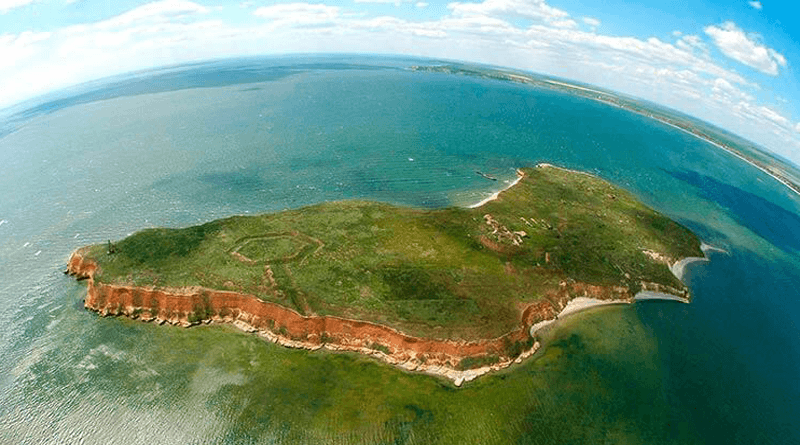 “Past the Buyan Island to the Kingdom of Glorious Saltan,” I am sure you are familiar with these lines from the school bench, which are still a cause for controversy among many modern historians. Some believe that the island of Berezan is a prototype of that very fabulous island of Pushkin, others deny the version. But as for me, everyone has the right to believe in what he wants.
Perhaps it is important to note that historians agreed on one thing, it was on the island that the once majestic ancient Greek state of Olbia originated.
Nowadays, the island is wild and deserted, and there was a time when life flowed on its expanses and the legendary city of Borisfen developed.

Today the island of Berezan is a small uninhabited piece of land located in the Black Sea, which has natural origin. In terms of its parameters, the tourist site is not at all large, but the history is magnificent. Therefore, it is not at all surprising that the island is one of the most popular attractions of the Nikolaev region, which belongs to the national historical and archaeological reserve “Olbia”.

Geographically located near the spa town of Ochakov and the equally popular village of Rybakovka, where you can perfectly organize a summer vacation at sea. Therefore, when you plan to travel with your family and are eager to take a walk on the island of Berezan, it is best to settle in these resort places from where tourist boats regularly run.

Geographical feature of the island

The uninhabited island of Berezan today, and in ancient times, a peninsula that was twice as large as now, composed of bedrock.
Its length, in our time, reaches almost 1 km, is half a kilometer wide, its height is balanced from 3 to 21 meters. Has on its surface a pronounced slope in the northern part, while the southern coastal part of the island is the highest.

Berezan is a unique natural and geographical object of Ukraine, since in a duet with Zmein both are positioned as the mainland islands of the Azov-Black Sea basin. The basis of the island is a massive limestone slab.

The southern and western parts of the island are washed by the Black Sea, the eastern – by the Bug River, the northern territory is in proximity to the mouth of the Dnieper.

The developing domestic tourism in Ukraine provides an opportunity to discover new tourist destinations that fascinate with its beauty and rich heritage.
Berezan is like an unread book that attracts you with its amazing history, legends, mystery and archaeological finds.

There are no modern entertainment complexes, restaurants or hotels on the island, nature and local inhabitants will meet you: birds, lizards, snakes. There are even no trees and shrubs, only dense field grass. It is an ideal vacation spot for divers and weekend getaways. A visit to the island provides an opportunity to plunge into the ancient world and enjoy excellent views of the endless sea.

The historical attraction has a favorable territorial location, so many travel companies have made an excursion to the island of Berezan in the list of their main routes. After all, to the object, a stone’s throw, since the popular resorts of the Nikolaev region surround it from all sides. Accordingly, everyone can combine their vacation on the Black Sea from an exciting and informative excursion to the island, which can be ordered from the city of Ochakov, the villages of Rybakovka and Koblevo.

The island of Berezan is primarily intended for that category of vacationers who are looking for a relaxing place to relax by the sea. After all, here you can not only enjoy the steppe and sea beauty, go fishing, spend the night in a tent, go diving, but also take part in archaeological excavations if you have permission to do so.

Sights of the island of Berezan

Despite the fact that the island is not large, there is something to see. For example, tourists are attracted by the fortress, which the military used as a target for practicing long-range marine artillery. The object itself, despite its purpose, was not very badly preserved to this day.

As is characteristic of any island, here you can see at least an old but functioning lighthouse.

An interesting attraction of the island, which cannot be overlooked, is a monument to Lieutenant Schmidt. The installed 15-meter obelisk resembles the shape of a sail.

On the territory of the archaeological site you can see the remains of the settlement of Borisfenida, the foundation of the temple of Aphrodite, jugs, amphorae, bowls and much more.

The island is a very interesting place, but walking around its surroundings on your own is not as informative as being accompanied by a guide. Therefore, if you have planned a vacation on the island of Berezan, you better book a guide who will tell amazing stories, legends, myths and reliable facts about the island itself and its inhabitants. 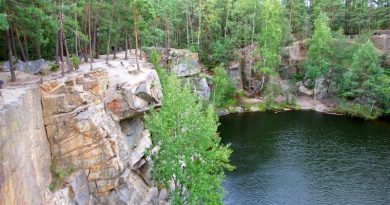 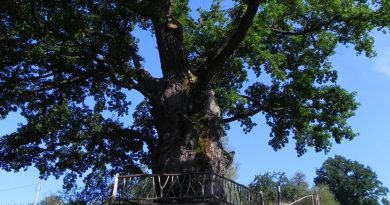 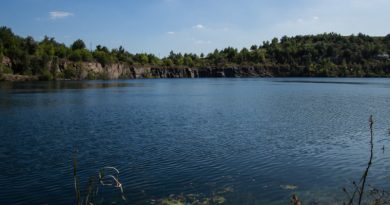 One thought on “The uninhabited island of Berezan”