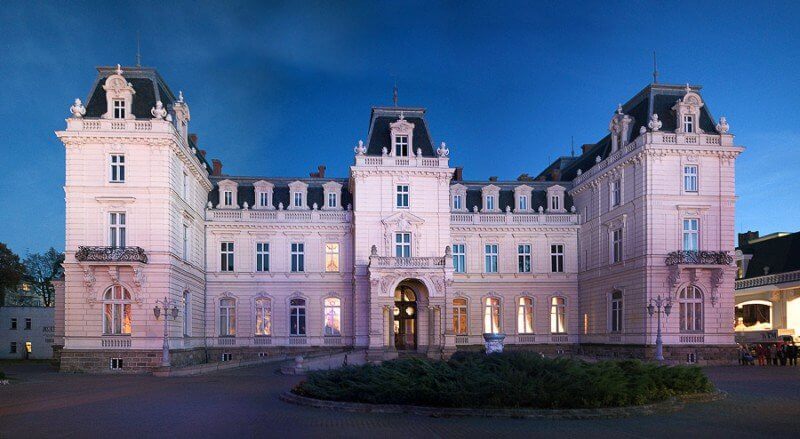 Among the surrounding buildings Kopelnika streets, posing majestically pearl of Lviv, Potocki Palace.
Landmark with a rich and interesting history, welcomes curious visitors.
A three-storey Palace impresses with its refinement of French classicism.
The residence is made of H-shape, and the windows and balconies decorated with decorative elements of the famous masters of that time.
The first guests are greeted by an arched gateway that elegantly complement the palace.
Above the arch, you can see the coat of arms of seven Potocki.
And it is not casual!
The residence belonged to a noble Polish genus Potocki, who owned land in Poland and Ukraine.
I would like to note, in the territory of Ukraine is not the only residence of seven Potocki, but it is here organizing important meetings with important guests, national decisions are taken.

The history of the palace began in the 19th century with the acquisition of Potocki flea hunting manor in the heart of the city.
In a noble society, the graph known as a patron and connoisseur of French architecture.
Infatuation Potocki, originated the idea to create a small gourmet France in place of the hunting lodge.
To implement his ideas, he chose the project of the famous French and very talented architect Louis d’Auvergne.
In the creation of paradise also participated architect J. Cybulski.
As a result, in 1861, the old manor house was dismantled and began the first stage of preparation for the future construction of the palace.
Unfortunately, the Count did not live to see the completion of construction projects, continuing to build the future residence of the son of Alfred.

Alfred Józef Potocki II, was an influential politician and Prime Minister of Austria-Hungary.
He decided to build a residence appropriate to his high status in society, for
important meetings with politicians and monarchs.
The interior design uses the best materials of wood, marble and gilding.
Spacious rooms decorated with mirrors, paintings of famous painters and elegant furniture.

In 1919, the city administration has organized a celebration to honor the completion
Polish-Ukrainian war.
During the demonstration, the American pilot aerobatic aircraft fell to the palace.
A fire broke out, the upper floors have been hit hard.
Repairs were carried out of the palace for several years, as a result of the appearance of the building has changed a bit

At the end of World War II, the palace was operated as the Institute of Geology, and then as the Wedding Palace.
Since 2000 the residence passed the Lviv Art Gallery, where you can see an interesting exhibition on the second floor of the palace.
Behind the Palace of the Museum of old Ukrainian books, there is a unique collection of old books, engravings, printing press dating from the 17th century.

Interesting information:
Potocki Palace filmed in the movie “The Three Musketeers” as the estate of M. de Treville. 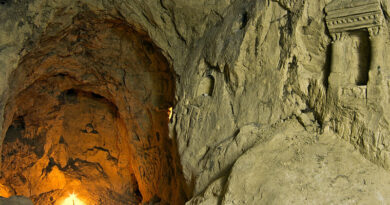 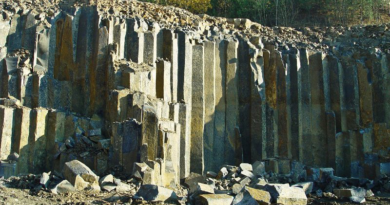