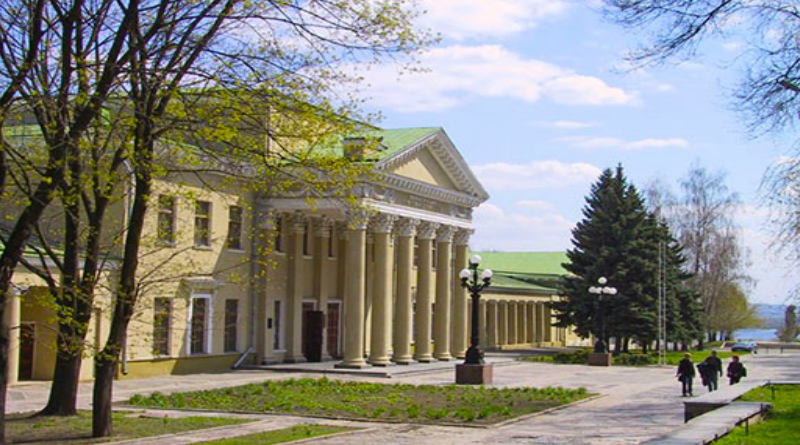 Many mysterious due to the Potemkin Palace, which is known enough and at the same time, almost nothing.
The history of the palace is closely intertwined with the Empress Catherine II, Grigory Potemkin, and the Masonic Order.

Originally, the land belonged to the Cossack Lazar Coffin, soon acquired G.Potёmkin.
Prince had ambitious plans for the acquisition of real estate.
In a short time, the best artists and architects of the time, started the construction of the estate.
Construction work was carried out in the period from 1778 to 1787 years, presumably by architect Ivan Starova.
The area where the residence of the first stone laid beat pertained to Ekaterinoslav province, these days it Dnipropetrovsk region.

Dungeons and labyrinths under the Potemkin palace

Today it is known that the construction of LOTS, participated 12 regiments on the orders of Catherine II.
Most likely, kilometer tunnel under the city and the palace, it is also their job.
Underground travel, interconnected maze and little studied.
From time to time there are collapses, revealing new secrets of the dungeon.
Repeatedly lovers of extreme adventure, explore go eat, but unfortunately very far failed, most of the known inundated.
One of the open courses, according to the description of eyewitnesses, carefully lined with brick XVIII century.
In some areas, up to the will of spacious, you can freely move the man to his full height.
There are lots of tunnels where the walls of the usual rule stress stone and to move only on the knees.
Part of the underground passages could examine the plan was drawn up small tunnels and found the premises.
The plan can be viewed in the local museum of the city.

Why set up tunnels under the palace Potemkin?

This beat is very fashionable!
The tunnels are an integral part of the plan of palaces or castles.
According to the rules of fashion, the perfect estate at the time meant the presence of the park with pavilions, a pond with a small island, where in case of danger or if you want to retire, can be easily reached by boat.
There are suggestions that the estate of Potemkin held a secret passage, which had a yield between the rocks, where possible located grotto or marina.
In this case, sitting in a boat, you can quietly get on Monastic Island nearby.

According to another version, the underground passages were intended to supply the Palace!

Perhaps tunnels originally planned to be used as a sewage system.
In this case, the system can provide water to the city, located on the mountain.
Evidence of this assumption is not found beater.
But the maze of underground tunnels under the palace, are very similar to the system of aqueducts that massively penetrate the mountain.
By order of the princes, on the mountain, dug a pool depth of 30 meters, which could be neotemny part of the whole system.

In the third version, the tunnels have a mystical slant.

Princes suspected in connection with the evil spirit, but dungeon he had used for their rituals.
He had a strange appearance, suffered on the cross-eyed, had an insane power as a person.
Know afraid of Potemkin, many argued about his incredible abilities.

In the history of the base and Ekaterinoslav Potemkin Palace occur mysterious facts
which is difficult to explain.
According to the plan, the city looks like a three-beam system that is peculiar Masonic 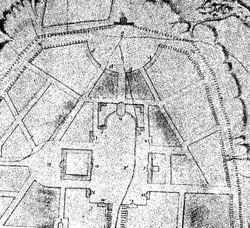 ому Order:
So!
– LOTS on the mountain, displays the form of an isosceles triangle;
– Potemkin Palace, is the center of the composition;
– From the Palace emanate three beams streets;
– Carried out line from the palace to the cathedral, is the median height and bisector;

As a result, the original plan of the city shows a great eye, which is the symbol of the Order of Freemasons.

The Potemkin’s life, his habits, behavior, present a lot of unusual, because the prince of this feared and accused of “an evil spirit”, and not only.
Perhaps a violent fantasy and hostility was caused by envy.
Since Prince was a favorite of Empress Catherine II, and it provided him more
privileges than anyone. 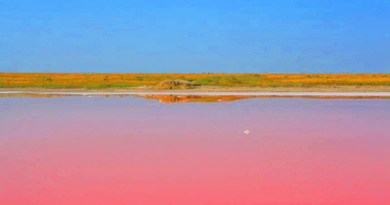 Lemurian lake or the “Dead Sea” 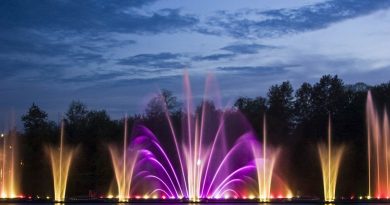