Pass “Russian Way” – a great place for mountain tourism and family rest away from the modern bustle, everyday worries.
Here you will see a unique panorama to the neighborhood from which it catches its breath. This is a paradise where you can endlessly peer into the vast expanses, the majestic mountains that touch the sky with their peaks, the flying birds and the blossoming arnica fields. The intoxicating aroma of wild flowers and herbs, pure mountain air generously fill you with positive energy for a long time.

Today, the pass is the border between the Lviv and Transcarpathian regions, which is shared by the local villages of Bukovets and Libokhora. Therefore, local residents to get from one settlement to another, often overcome this pass.
This is a beautiful panorama of Transcarpathia: 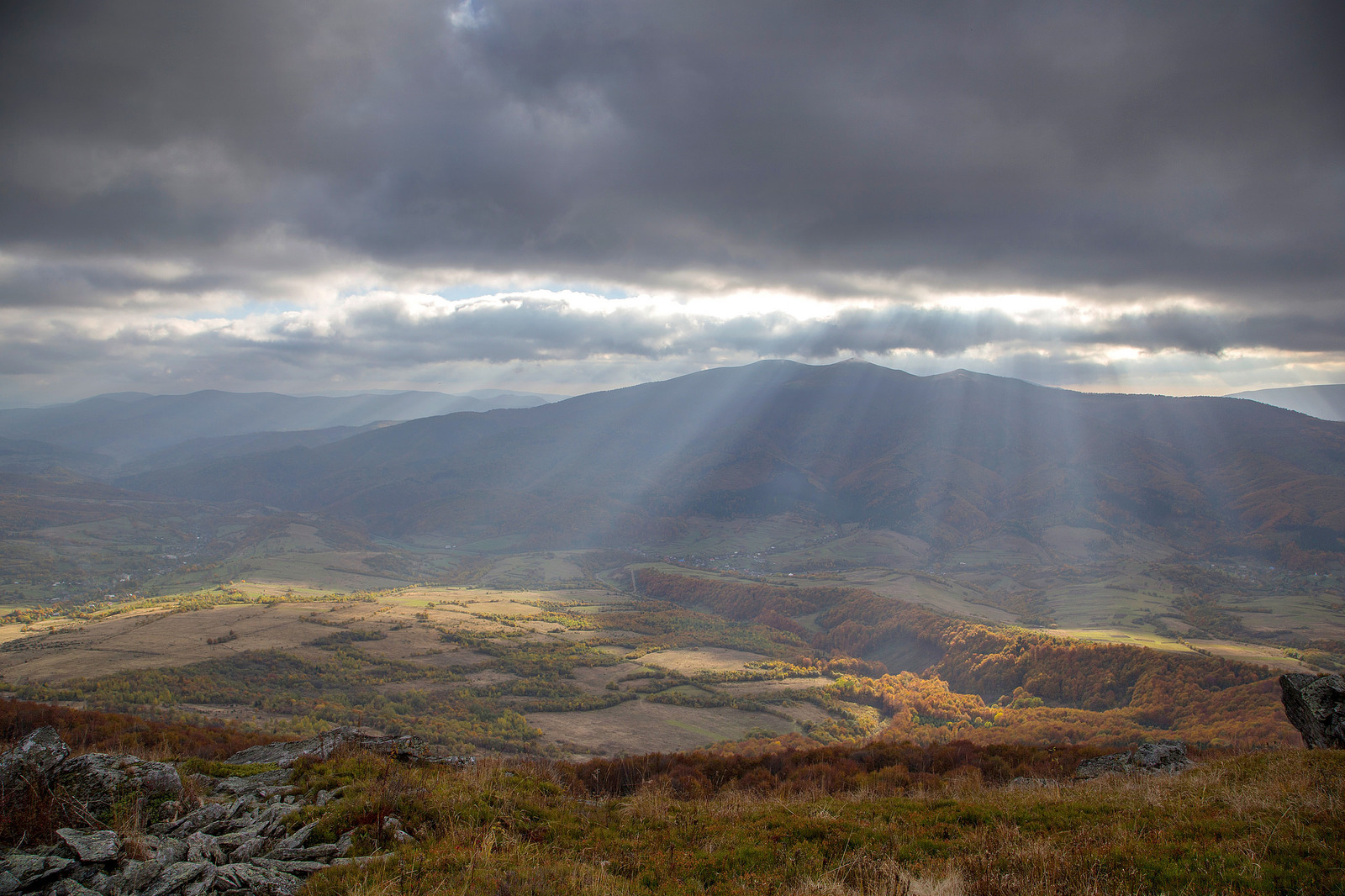 And this is the other side of the ridge, Lviv region 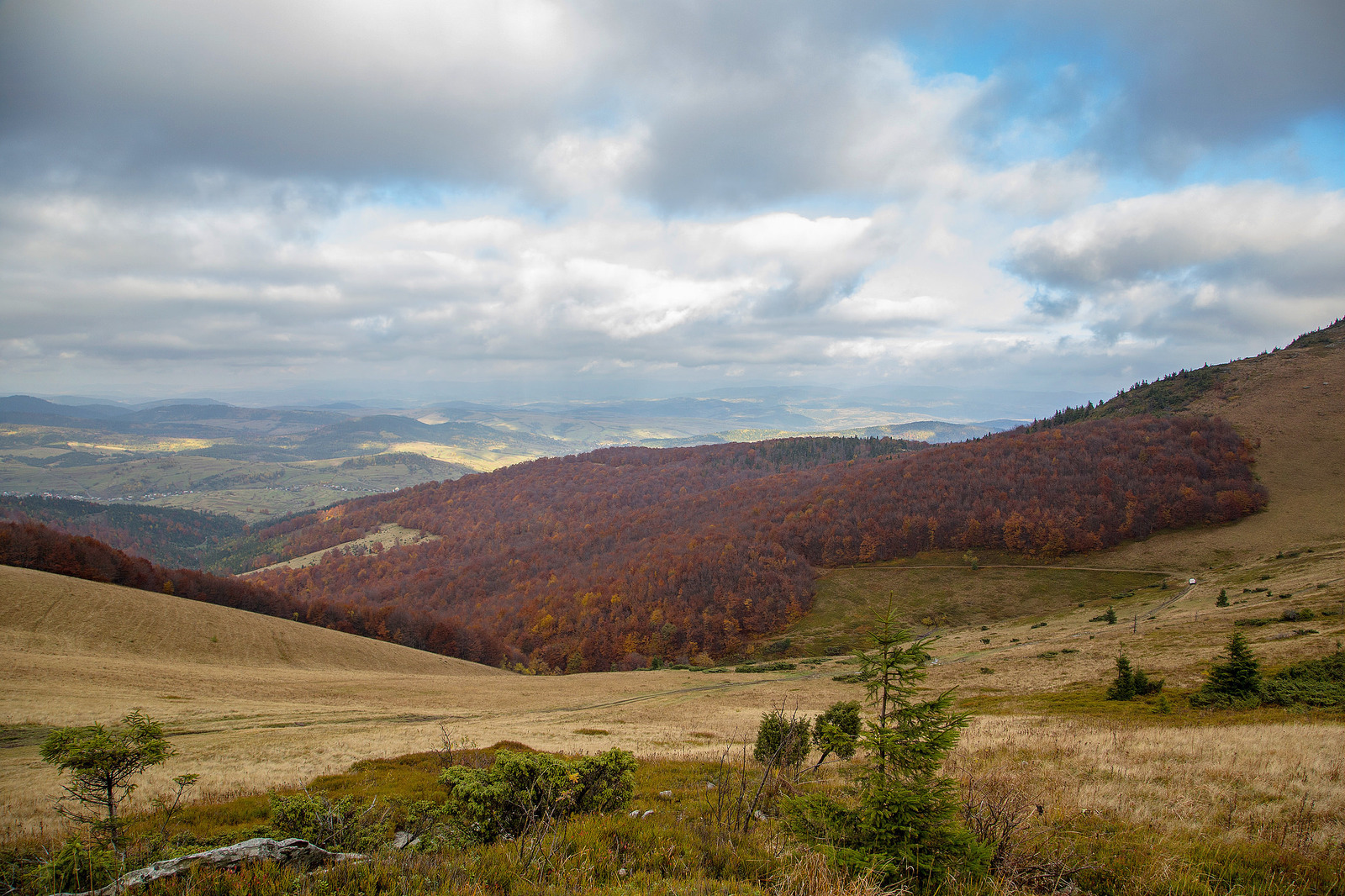 Surprisingly beautiful place attracts, like a magnet, tourists from all over Ukraine.
Such an excitement is quite understandable.
After all, here is laid the most popular hiking tour, with a length of 33 km.
Wishing to overcome the most famous in the world pass more than enough.

The Russian way in the Carpathians is a natural boundary, which in its time divided the states.
Through this pass to the present day lies a path that, as shown by undeniable historical facts, is ancient even for the famous silk road.
It should be noted that the road to the Russian Way existed here 4000 years BC. e.

In the old days, the pass played an important, commercial, political and military role.
Today, here rises a cross with the inscription “Russian Way”, as a reminder of the old times.
Russian The road that had important commercial significance took its origin from the Balkan Peninsula further ran through the Danube, and then climbed Tisa – and from it continued its journey to the Carpathian Pass. In the end, the road ended in Kievan Rus, from here the pass and was called the “Russian Way”.

Naturally, time has changed and made its own corrections, but the modern generation remembers the importance of the pass to this day. About this memo of the millennium is mentioned in many chronicles, historical documents, books, history lessons.
And let on the modern map there is no Kievan Rus and Galicia-Volyn principality but there is Ukraine and its rich history, which the people remember and appreciate.
A vivid confirmation of this, Pass the Russian way.

Today there are irrefutable historical evidence that confirms the passage through the pass of the troops of Prince Daniel of Galicia to the Hungarian lands, with the goal of annexing the territory of Transcarpathia.
There are also archival data, in which the military campaign described in detail by the Magyars, and then – the Ugrians. It was on this road that Hungarian troops regularly moved to the other side of the Carpathians. At the end of the First World War, the “Russian Way” ran the border between the states: Poland and Czechoslovakia.
At that time, Transcarpathia was positioned as the Carpathian Ukraine in the composition of Czechoslovakia.
Then the “Russian Way” again distinguished itself in an important geopolitical event – the annexation of Czechoslovakia by Hungary, where the pass was positioned as a border between countries: Poland and Hungary. Soon, when Germany and the Soviet Union concluded a secret treaty and in fact divided the Polish lands among themselves, the pass became the border between Hungary and the Soviet Union.

During the Second World War, through the pass, the Arpad Line crossed the Hungarian defensive line, where the Red Army’s offensive was held back.
The 4th Ukrainian Front received an order of any value to seize the pass, which accordingly opened the possibility to overcome this Line.
Military long 18 days stormed this strategically important area without artillery, which simply was unrealistic to raise due to the rocky features of the local area.
In memory of this assault in which many people died, on both sides, an iron cross was established. 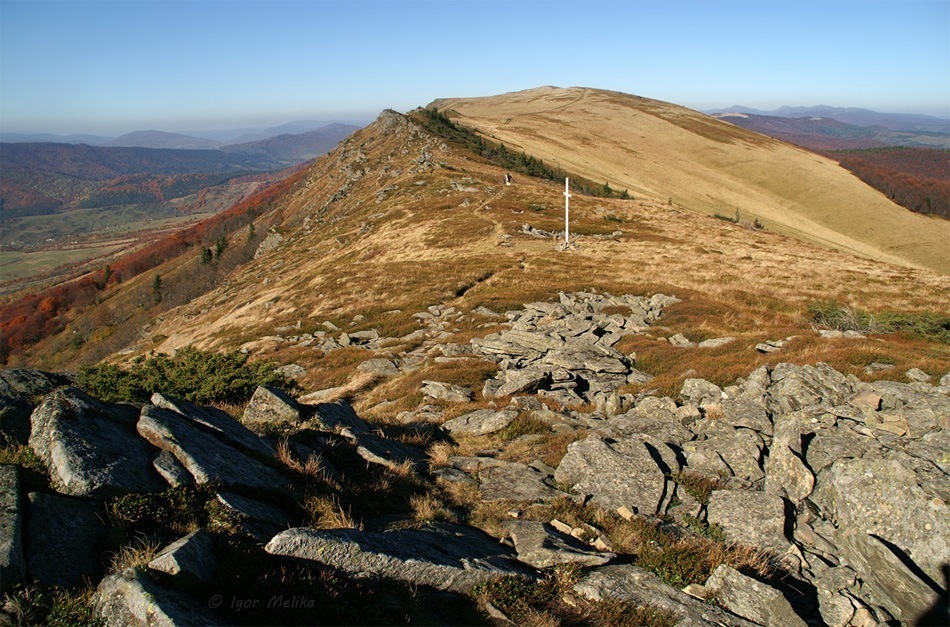 To begin with, it should be noted that the entire route through the pass will take at least two days.
Therefore, it is necessary to stock up in advance with the necessary things and products for a given period.
Pay attention to your shoes, it should be primarily convenient, since you will have to overcome a little more than 33 km.
For those who plan to go on such a journey for the first time, there is no need to be scared, the route is not complicated and even a beginner will cope with them.
And so, along the route you will get to the top of Drohobych Stone, then – to “Russian Way”, then you will find yourself on the highest mountain of Lviv region “Pikuy”.
From the top of Mount Pikuy you can go down to the villages of Zhdenievo or Bilasovici – these settlements are spread out on different sides of the mountain.

Mount Pikuy can also ascend from Zhdenievo village – from there to the pass is relatively near.
But, it’s worth noting that the rise is very steep and tiring.
Therefore, I still recommend going to the pass through the ridge.
If you start your journey from Uzhotsky pass, then you will not get lost by a reliable landmark: the remaining columns from the old border.

These landmarks will lead you to the biggest Carpathian Polonina “Russian Way”, where you can make a small halt and enjoy the amazing panorama.
Then continue your way to the Drohobych Stone – and the pass is almost there.
Mount Pikuyu you immediately recognize on its summit, which resembles an asymmetric cone. 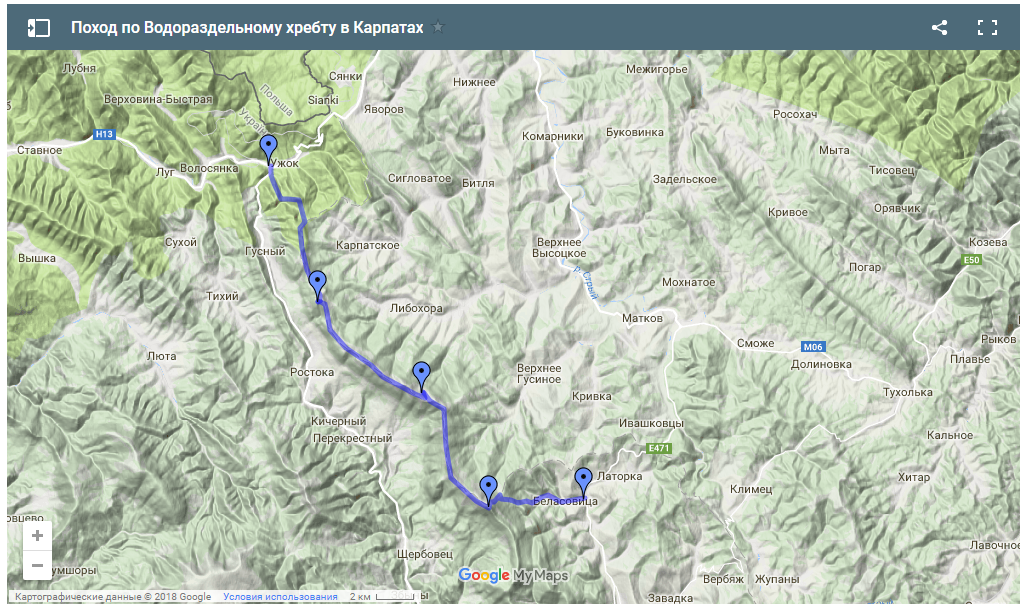 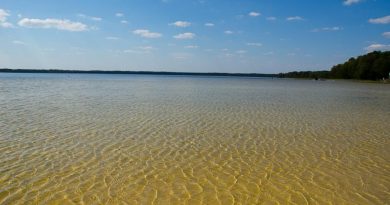 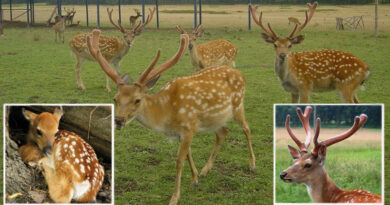 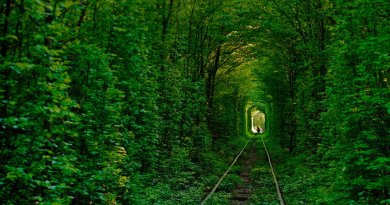