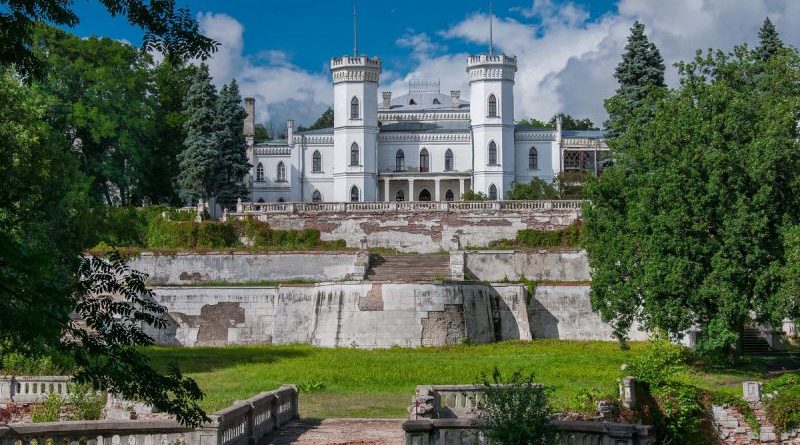 The magnificent old palace, which proudly and silently rises in the vast Kharkov region, does not let the young generation forget about the time passed.
The history of its existence hides unsolved secrets and numerous legends that live among the people to this day. You can talk about the uniqueness of architecture and the sophistication of the palace and park ensemble indefinitely.
But according to popular wisdom, “it’s better to see once than hear a hundred times.”
Therefore, if your tourist route is planned in Kharkov, do not miss the opportunity to visit the pearl of the East of Ukraine.

A Brief History of the Sharovsky Palace

The white-stone structure, dated to the 19th century, has pronounced elements characteristic of the Neo-Gothic style.
The founder of the estate, according to historical sources, is Olkhovsky Savva Vasilievich, who received a gift for good service from the village of Sharovka and the land in its district from Catherine II. As a result, a well-off landowner laid the first stone of the future landscape gardening ensemble, almost immediately after a generous reward.

After some time, the estate became the property of the Goebenstein brothers.
During this period, the estate acquired a new look, neatness and grooming.
The refined palace complemented the magnificent park, where exotic plants from all over the world grew.

In 1881, the owner again changed at the palace.
They became a fairly wealthy sugar factory Leopold Koenig, who significantly improved the architecture of the building.
For construction work, the landowner invited the best European craftsmen of that time.
As a result, the estate acquired a familiar look.

The beginning of the decline of the estate occurred in 1917, it was nationalized.
By 1925, a tuberculosis sanatorium was already equipped here.
The building itself has never been restored for a long period, as a result, the complete lack of economic management led to the accident of the once beautiful palace and park ensemble.

Since 2009, the dispensary was closed, the structure itself and the park area were transferred to the balance of the region.
Today, the Sharovsky Palace is open to tourists, so the situation from the restoration, though slowly, started. Thanks to the paid entrance, repair work is gradually being carried out, which is very pleasing.

Park ensemble of the Sharovsky Palace

Many gardeners worked on the landscape composition of the Sharovsky Palace, but landscape architect Georg Kufaldt, whom Koenig personally invited, made an invaluable contribution to its addition. Having studied in detail the climatic conditions of the local region, George skillfully picked up almost 150 species of exotic vegetation, which perfectly stuck in this area.
Along the entire perimeter of the park zone, he arranged many avenues, placed several fountains and all kinds of decorative elements, which, combined with nature, created a unique romantic atmosphere.

Today, the total territory of the park is almost 39.3 hectares.
There is something to see and enjoy the amazing nature. Perhaps it should be noted that the most beloved place for tourists is the linden alley, where it is so calm and cozy. 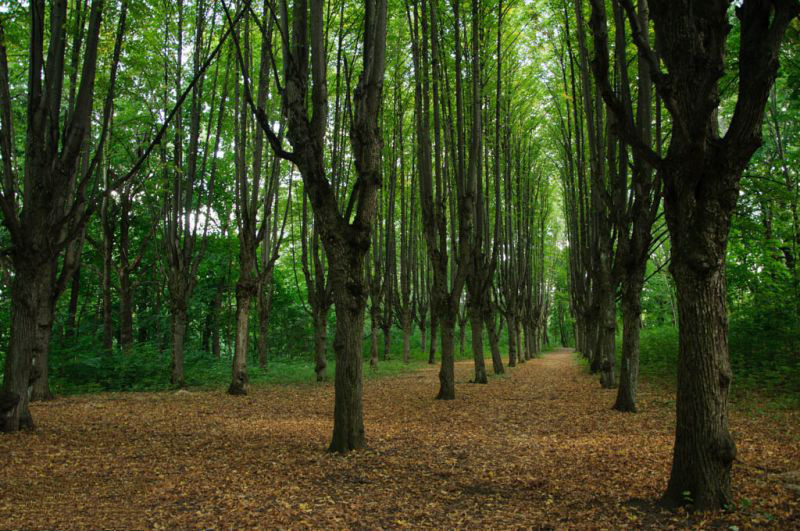 How to get to Koenig Manor

To get to the popular attractions of the Kharkov region is not at all difficult.
The palace is located only 75 kilometers from Kharkov.
In time, this is approximately 1.5 hours by minibus or bus.
If you prefer public transportation, then it is best for you to start from the central market. Get a ticket for any minibus in the direction of Krasnokutsk.
Then, as soon as you see the “Sharovka” sign, you need to go out and take a little walk on foot directly to the Sharovsky castle. It is located just a five minute walk.

In the vicinity of pgp. Sharovka has several interesting sights worth visiting. Kilometers are calculated from the starting point of Sharovka. 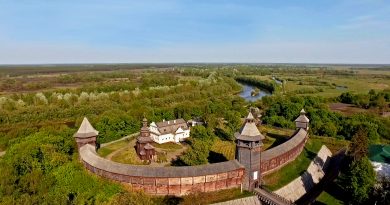