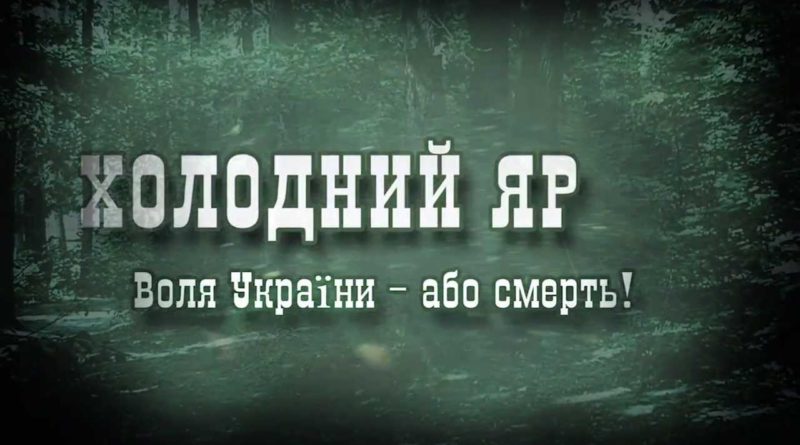 Cold Yar is a magnificent flatter array of historical significance in the Cherkassy region, which stretches over 7000 hectares of Ukrainian land.
The relief of the popular sights is hilly, has deep beams with very steep ravines, is rich in water springs, there are about 150 of them.
The water in them is not only delicious but also very cold, all year round.
Probably because of cold water sources, the temperature in these parts is always 3-6 degrees lower than in other regions of Ukraine, even in the summer.

There are several versions of the origin of the Cold Jar, but the most popular theory is related to the cosmos. Relying on scientific facts, the teaching claims that in the distant past in the vicinity of Kholodny Yar, approximately 60 ml. years ago, an incredible asteroid fell.
By the very modest estimates, he had about 2.5 kilometers.
After the impact, a crater formed from which the earth cracked creating the longest and deepest ravine in Ukraine.

Local residents of the neighborhood stick to their version of the origin of the Cold Jar.
It mentions the prince of Kiev, Yaroslav the Wise, who presented the rich lands here to his faithful voivode Miroslav.
He in turn erected an impregnable fortress, surrounded it with deep earthen moats and high ramparts. Going once again to war, Miroslav ordered his wife Motre to protect the fortress from all enemies.
When the governor returned home with another victory, he decided to test the vigilance of the defenders of his fortress with cunning.
Miroslav ordered his soldiers to wear the clothes of recently defeated enemies, naturally the order was executed. As soon as the commander’s army approached, a battle began.
As a result, Miroslav was killed, and his grief-stricken wife took monastic vows.
The shrine in which the widow lived until the end of her life was called the Motroninsky Monastery.
True or just a legend, no one knows for certain.
Believe in this story or not, it’s up to you, but there is no doubt about the existence of the Holy Trinity Monastery of Motronin.
The temple is remarkably preserved up to the present day and everyone can visit it at any time. He has often played an important role in the history of the Ukrainian people and was of strategic importance.
In the XVIII century the monastery was in the epicenter of Kolyivshchyna.
Here before the beginning of the uprising, more than 3 thousand courageous Haidamaks served a moleben, and Hegumen Melchizedek consecrated Haidamak knives against the Polish gentry.
For a long time the Motroninsky Monastery was considered the main Cossack shrine. 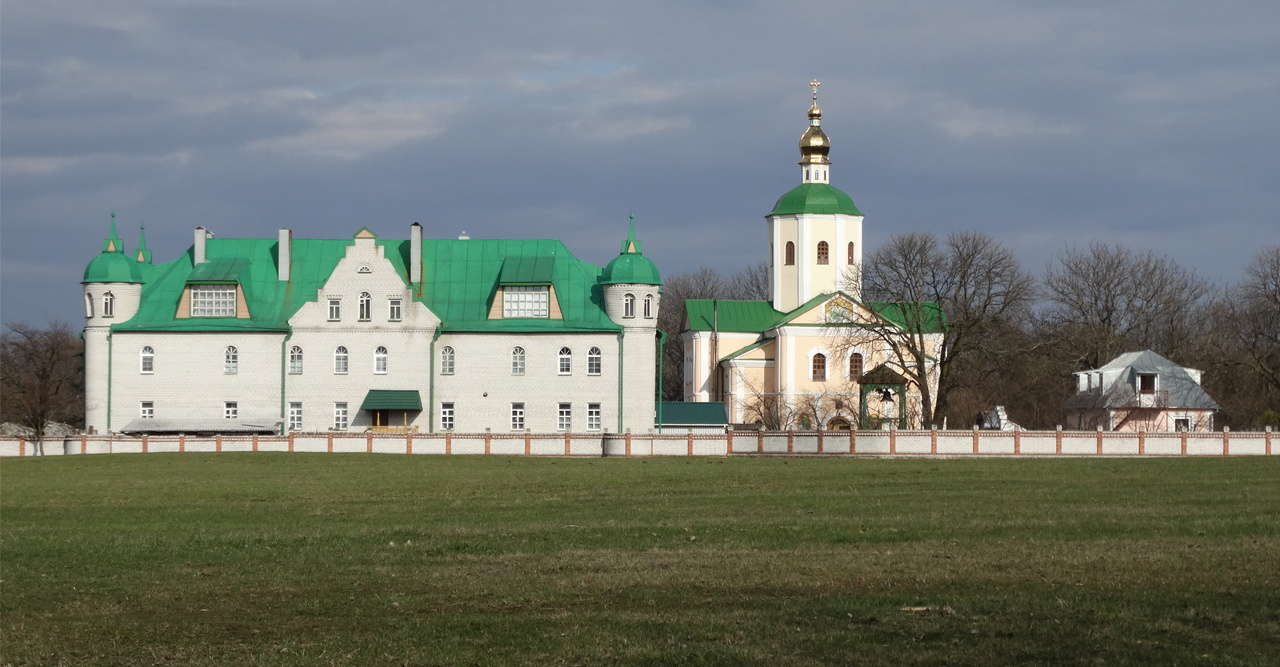 This place is like a magnet, attracts people from different parts of our country and the world, fascinates with its unique nature, mysticism and uniqueness.
It is difficult to imagine, but it is here that you can feel incredible power, touch the 300-500-year-old oaks and nuts, 100-year-old cherries and pears.
Many believe that Cold Yar is the cradle of our Family, the source of strength, longevity and wisdom. It is not likely, but here you can see not only rare plants entering the Red Book, century-old trees, but also interesting to talk with the long-livers of the local region.
According to statistics, people live much longer in the vicinity of Kholodny Yar than in other regions of Ukraine. To date, even the eyewitnesses of the “Holodnoyar republic” of the 1920s live in this amazing land.

Popular attractions of Cold Wave:
Honored first place in Ukraine for the number of important archaeological, historical, scientific and natural objects is rightfully occupied by the Cold Yar.
Here more than 150 sights of different epochs of our people are concentrated, which should be seen to everyone.

First of all, it is worth paying attention to Oak Maxima Zaliznyak, which is considered to be the oldest tree in the territory of Ukraine.
He majestically rises to the skies near the Buda farm.
Its age is 1100 years, the girth is 8 m 90 cm, the height reaches 24 meters.
Under the tree, courageous haidamaks very often gathered, planning their raids.
According to legend, the one who touches the oak will gain strength and will necessarily achieve the desired goal. 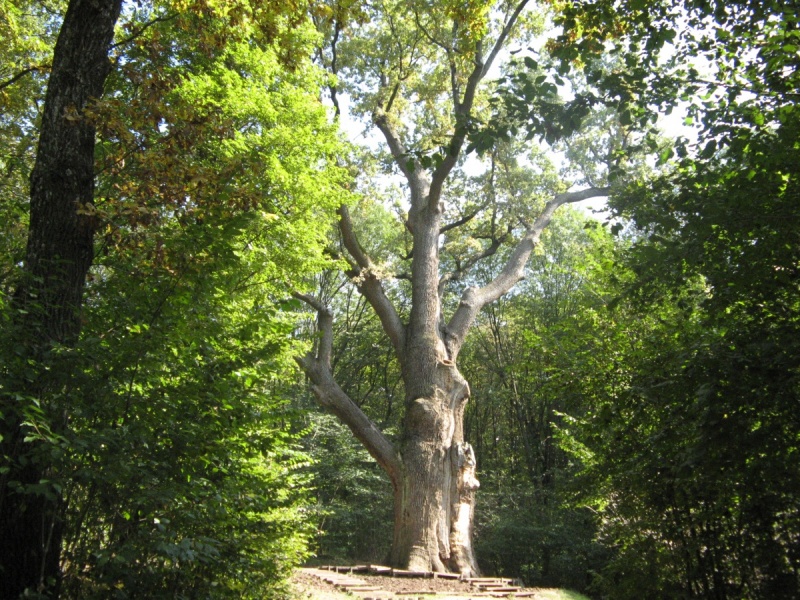 Ilyinskaya church is a relic of 1653, which is located in the cozy village of Subotov.
The temple was built by order of the great hetman Bogdan Khmelnitsky, as a family church-burial vault. Initially, the hetman was buried here, but later the Cossacks had to secretly rebury the remains of Bogdan. 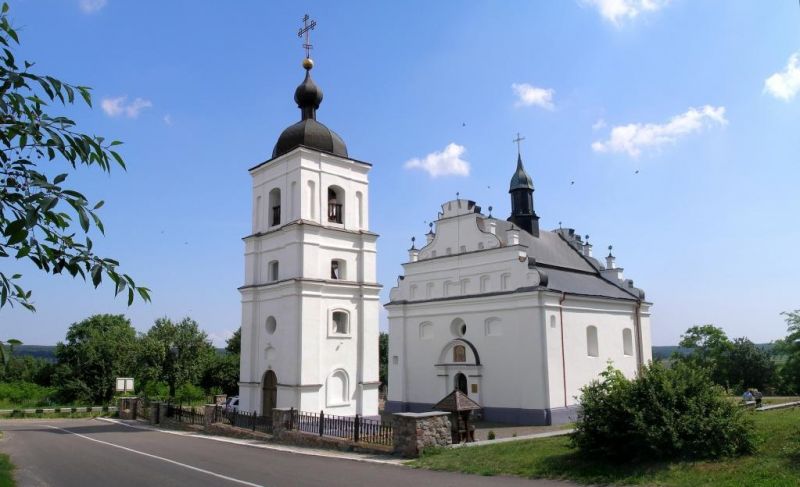 A few kilometers from the village of Subot there are three wells that were excavated by the order of Bogdan Khmelnitsky. If you believe the legends, the water in them has healing power. At one time, when the exhausted Cossacks were returning ambassadors of a heavy battle, they drank water from three wells, their wounds healed very quickly.

Another legend says: if an unmarried girl drinks from three wells, then in three days she will meet her husband. 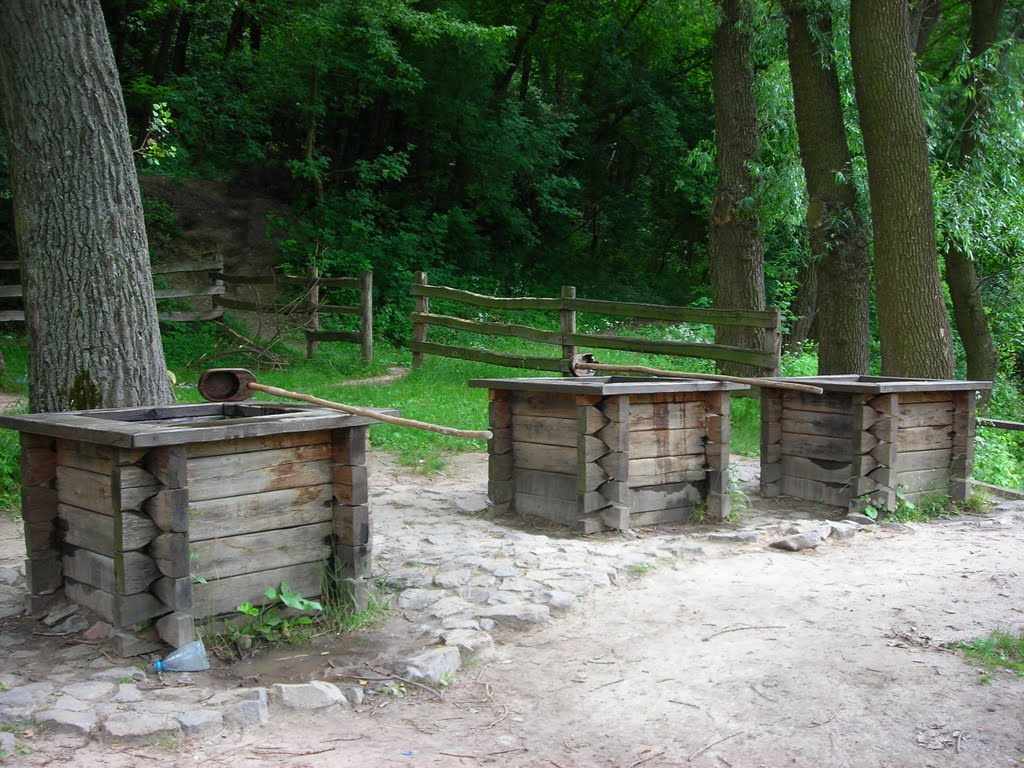 Further I recommend to visit the village of Ivkovtsy, where the famous historical figure Maxim Zaliznyak was born. Here you can climb the Semidub mountain, from where you will see an amazing panorama to the surroundings. Many people assume that the Cossacks reburied Khmelnytsky on this mountain.

Gaydamak or Monastery Pond is located near the Motroninsky Monastery, where the tradition of Haidamaks was dedicated to their weapons.
In 1968, a lot of knives, sabers, and tubes of Haidamaks were brought from the bottom.
Today these findings are preserved in the Chigirinsky Museum of Local History. 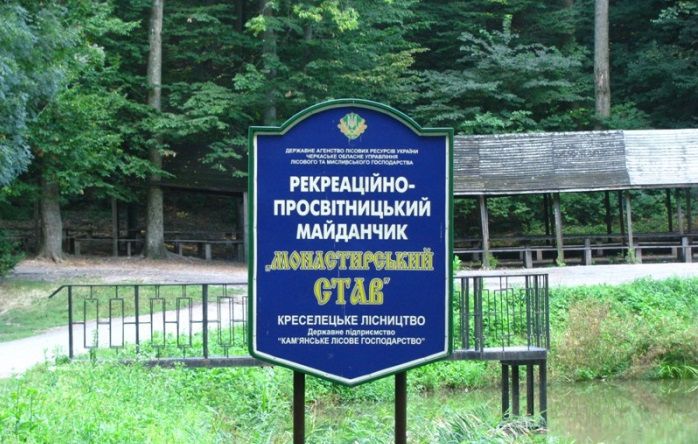 Do not miss the opportunity to visit the small homeland of the Ukrainian Hetmanate Castle Hill, Chigirin where the history of Ukraine was written.
In the distant past, here was the residence of Bogdan Khmelnitsky.
Uneasy tests of time, the castle could not stand it, unfortunately it did not survive.
Nevertheless, thanks to the joint efforts of Ukrainian patriots, we managed to preserve a piece of our history, which is worth a look at.

1. In the oak of Maxim Zaliznyak 6 lightning strikes.

2. The church of Elijah is depicted on a bill of 5 hryvnia. 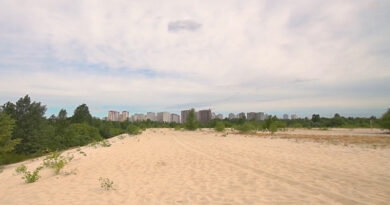 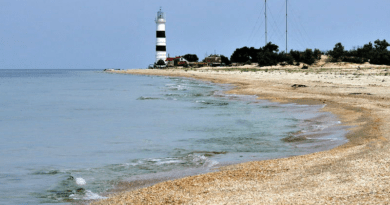