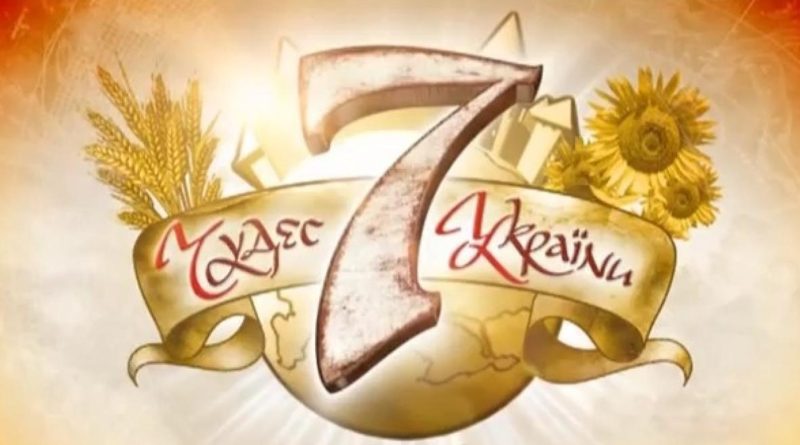 Not every country in the world can be proud of such a huge number of unique attractions as Ukraine.
In our country there are absolutely everything: the seas, lakes, rivers, waterfalls, canyons, desert, mountains, rocks, deserted island, caves, castles, palaces and. m. d.
Practically in every region of Ukraine there is a unique architectural structure, which brightly reflects the history of the past times of our people.
The presence of a huge number of castles, palaces, fortresses, temples, ancient ruins prompted the desire to organize all Ukrainian action, thanks to which the most valuable historical and cultural sights of Ukraine were determined.
The competition started in 2007 in May. It was attended by almost 1000 objects from all over Ukraine. As a result, on August 21, 2007, the winners of the contest “7 Wonders of Ukraine” were: 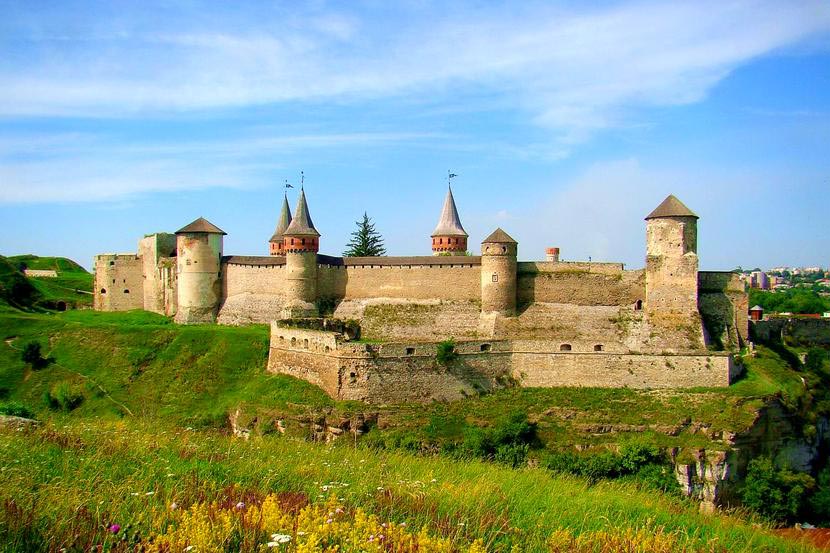 On a magnificent rocky island, surrounded by the canyon of the Smotrych River, the cozy town of Kamenetz-Podolsky rises majestically.
Rich history, unique historical and architectural structures, hospitable locals, wonderful nature like a magnet attract tourists from different parts of Ukraine and abroad.
In Kamenetz-Podolsk you will not be bored, here you can find over 152 objects of historical and cultural monuments. The main and most popular landmark of the city is the ancient fortress, which is remarkably preserved to our days. Defensive fortifications are rightfully considered to be an excellent example of Europe’s fortifications. 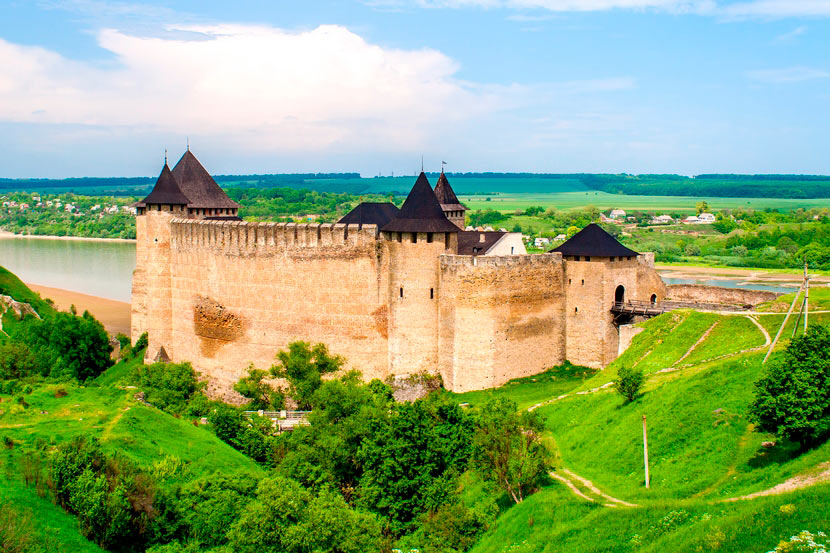 Khotyn fortress is a legacy of Kievan Rus.
It was founded in (1201-1264) by Daniel Halytsky on the banks of the Dniester.
Initially, it was intended for defensive function, but in 1433 – 1504 years it was operated as a residence.
The powerful 50-meter-high walls of the majestic fortress have withstood many battles and sieges.
The castle yard of the Khotyn fortress was divided into two parts: northern and southern, each performing its combat role.
On the territory of the fortress complex there were barracks, stables, workshops, wells.
At the fortress were shot episodes to many famous films: “Old Castle”, “Tomb of the Lion”, “Little Mermaid”, “Three Musketeers”, “Black Arrow”, “Taras Bulba”. 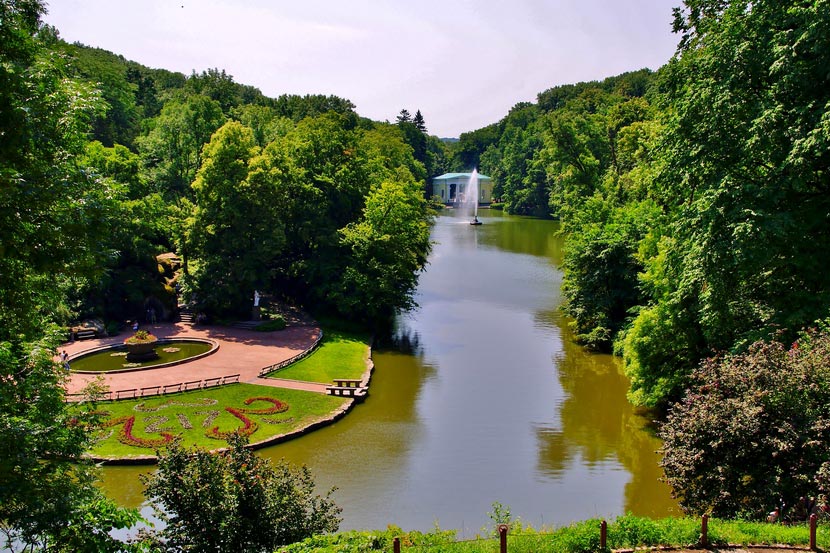 “Sofiyivka” is rightly considered a unique and unique park in Ukraine, where the most courageous and not usual fantasies of the masters of that time were skillfully realized.
Garden and park art is fascinating, the existence of many expositions is difficult to explain from the point of view of physics.
The bizarre shapes of huge boulders, waterfalls, al tanks, sculptures, abundance of vegetation complement each other creating a magnificent paradise garden.
The indescribable beauty of the park is created by the hands of a man and an insanely in love heart.
This is an amazing and picturesque place, is a symbol of pure love of two hearts.
Even in the most critical historical moments, this region, no one dared to raise his hand to destroy a magnificent park.
During the Second World War, the Germans, who practically destroyed everything on their way, were fascinated by the local beauty. During the period of the German occupation, the Garden of Eden was not harmed.
It is not the ordinary atmosphere that reigns here, where you score about all your worries while enjoying the magnificent panorama around.
The best place to relax with your soul mate is just not found. 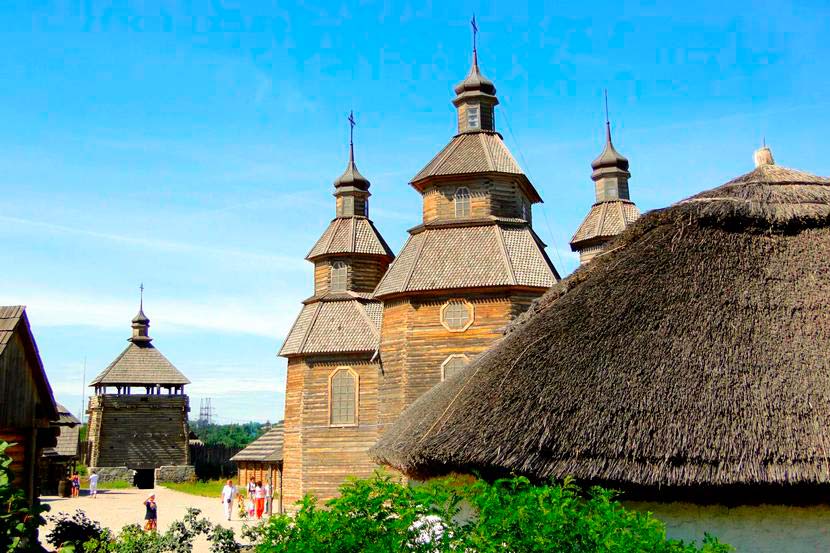 On the territory of Ukraine there are thousands of unique historical places, which after a century cause pride for their nation.
The fascinating beauty of nature, the uniqueness, rich history of the island Khortitsa makes you think about every Ukrainian who you are and why you live.
Here you realize how dearly valiant Cossacks paid dearly for our freedom.
Thanks to their courage, we are who we are today, and this should not be scored ever.
Unfortunately, a significant part of the complex’s territory has irretrievably disappeared in the waters of the Dnieper.
And let us no longer see those impenetrable rapids and rocks that the river swallowed up, but we awake to remember the former glory of this region, always. 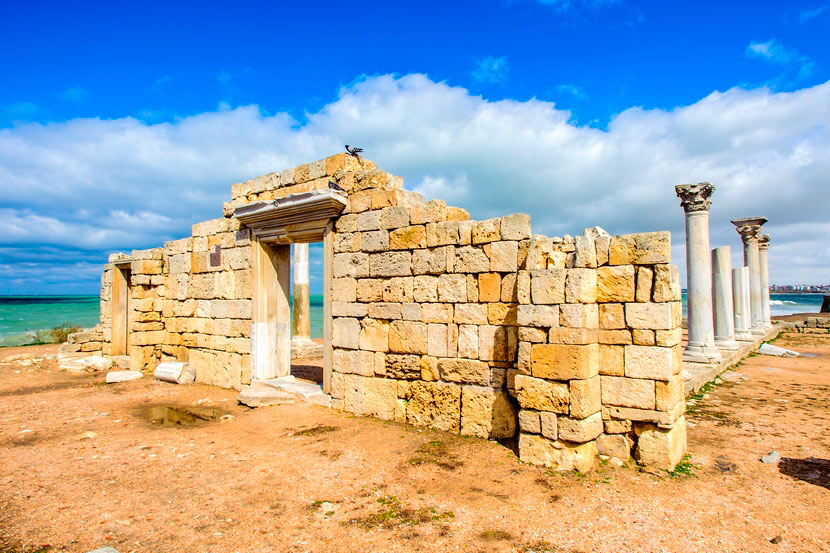 Chersonese Taurian is an ancient Greek city that is located on the Heraklion peninsula of the Crimea.
At one time Chersonesos played an important strategic, political, economic role in the Northern Black Sea region. Today, from that once majestic city remained a ruin, as a reminder to the younger generation of the former glory of the local sunny land.
Chersonesos became not only the 7th miracle of Ukraine, it is also listed as a world cultural heritage by UNESCO. Prior to the occupation of the Crimea by Russia, Chersonesos was in good condition, but as soon as the Russian region was occupied by the Russians, the situation worsened considerably.
It remains to be hoped that until the time when Crimea will return to Ukraine, Tauric Chersonesus will not disappear. 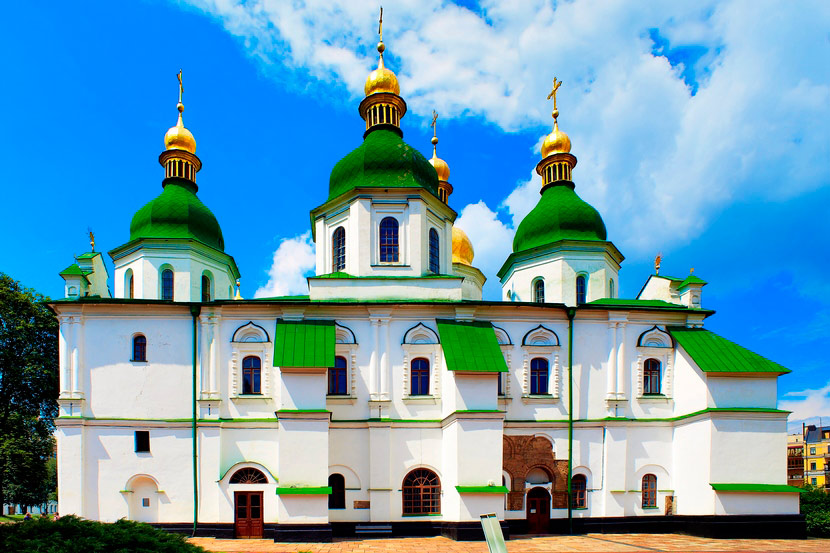 The Kiev St. Sophia Cathedral is part of the National Reserve “Sophia of Kiev”.
The cathedral was built in the XI century during the reign of Vladimir the Great and Yaroslav the Wise.
Monastic constructions played an important political role in our history, here
accepted ambassadors, crowned princes on the throne of Kiev.
Today, the Kiev Sophia Cathedral is listed as a UNESCO World Heritage Site. 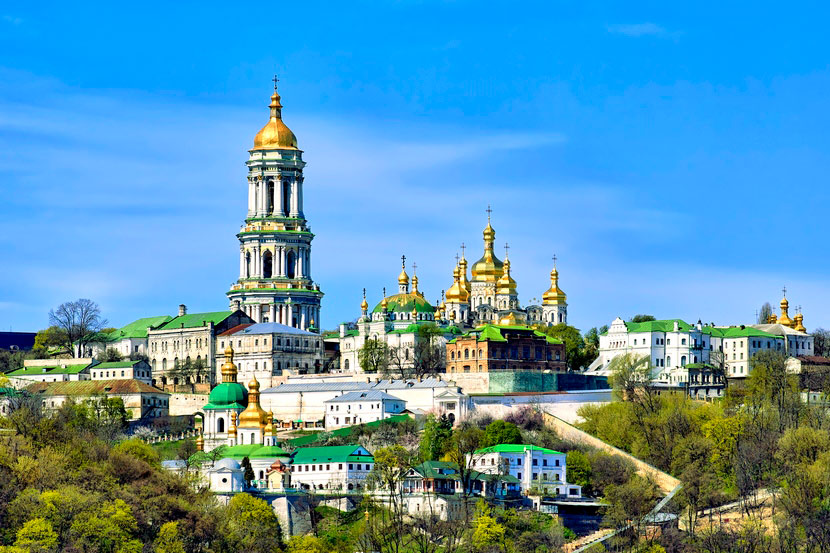 The Kiev-Pechersk Lavra is a unique Orthodox shrine, founded by Antony and Theodosius of the Caves in 1051. Located Lavra on the right bank of the Dnieper in the heart of Kiev.
Has a very rich history, more than once played a crucial role in the life of the Ukrainian people. 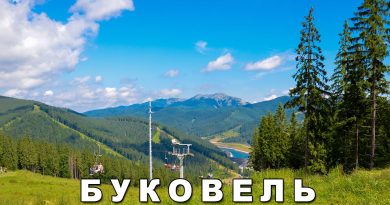 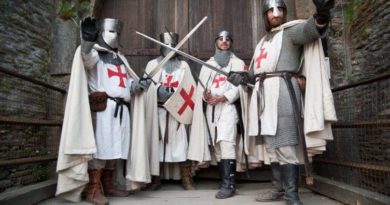 The legacy of the Templars in Ukraine 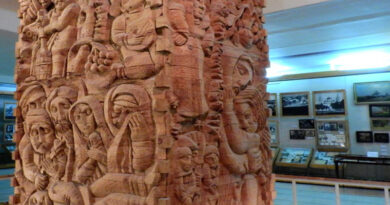