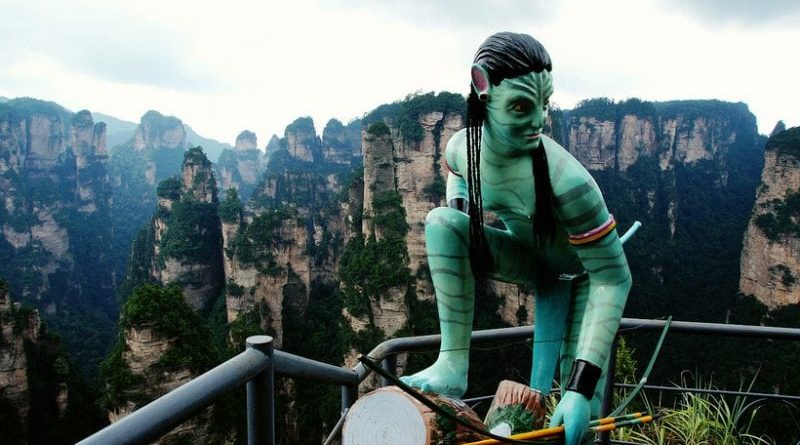 Hello, dear readers of Travels-Ukraine!
I’m sure that few of you know where the popular Avatar movie was actually shot?
So, the shooting was not in an artificial pavilion, as many believe, but in the magnificent National Park of China with an incredibly beautiful landscape of nature. 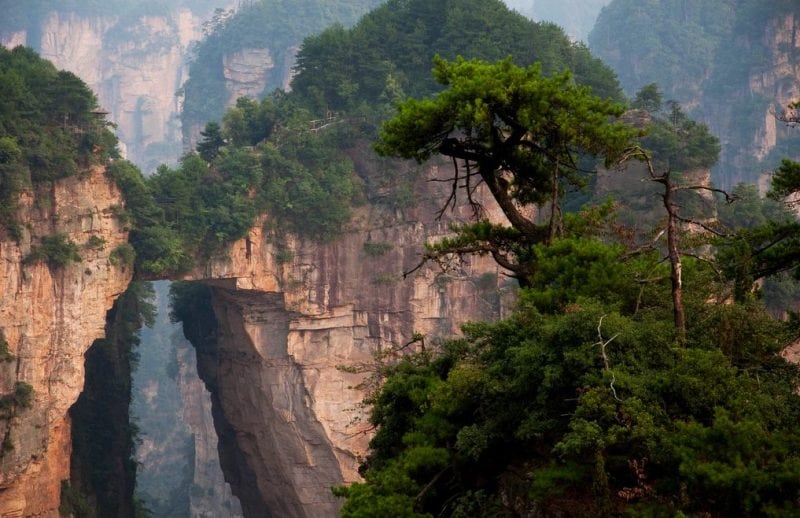 The beautiful and at the same time unusual nature of China, which has no analogues in the world, formed the basis of those fantastic episodes of the film that won the hearts of many moviegoers.
Naturally, computer graphics were used, but only as an addition to the beautiful earthly landscapes. 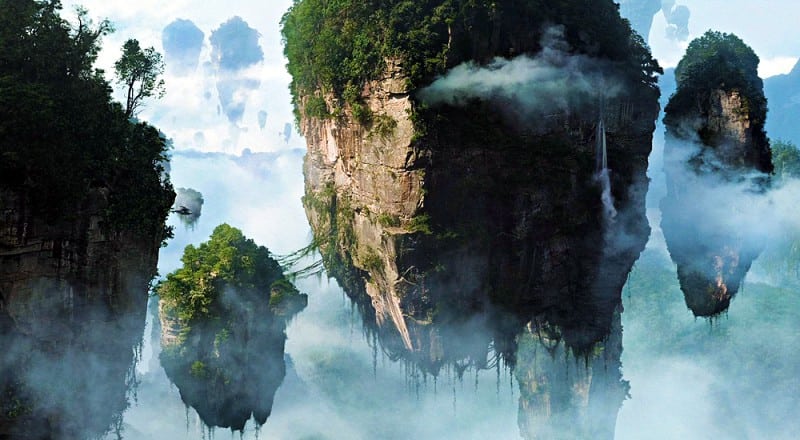 When you see bizarre shapes in front of you that are shrouded in bushes and trees,
a thought creeps into consciousness, as if you really are on another planet.
These landscapes are so unusual that it is impossible to take your eyes off the local unearthly panorama, especially at sunset. Therefore, if you have the desire and opportunity to visit the Zhangjiajie National Forest Park in China, to see the fantastic landscapes of nature, then feel free to hit the road! 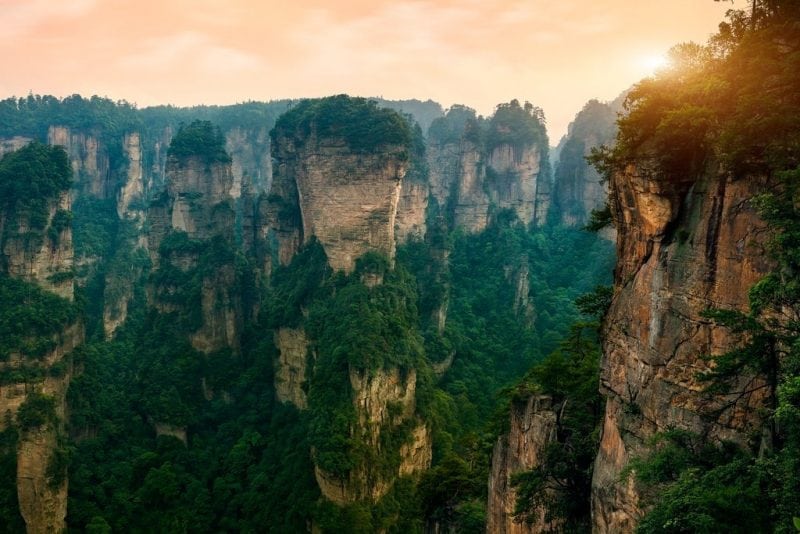 Interesting facts about the movie “Avatar” 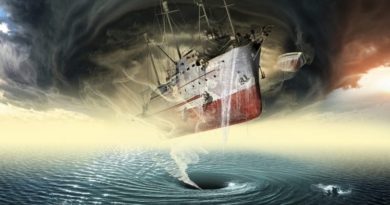